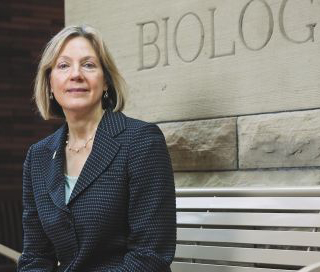 Dr. Lynn Singer is a professor of population & quantitative health sciences, pediatrics, psychiatry and psychology at the School of Medicine at Case Western Reserve University. Dr. Singer has directed a number of large, federally and privately funded research programs. These include a 19-year study of high-risk, preterm infants with lung disease and their families; a longitudinal study of cocaine-exposed infants in Cleveland from birth to 12 years; and a birth cohort study of MDMA exposure in London, England. She also directed the Cleveland site research of a multisite industry study that evaluated the effects of long-chain polyunsaturated acids (LCPUFAS) on infant development that resulted in a patent. She has edited two books, Psychosocial Assessment of Adolescents, and Biobehavioral Assessment of Infants, and authored more than 150 articles in medical and psychological literature. She currently serves as Chair of the Steering Committee for the International Center for Autism Research and Education (ICARE) at Case Western Reserve University.

Dr. Singer has participated in numerous NIH, federal review and international review committees and serves on the Governing Council of the Neurobehavioral Teratology Society and Editorial Board of Neurotoxicology and Teratology. She is Chair of the NIH Center for Scientific Review Committee on Child Psychopathology and Developmental Disabilities. She also serves as Chair of the Laura and Alvin Siegal Lifelong Learning Jewish Studies Advisory Board, and has also served on local community boards including the Achievement Center Medical Professional Advisory Board, the Cleveland Play House Board of Trustees, and the Bellefaire-JCB Strategic Planning Committee.

In 1997, the Case Western Reserve University School of Medicine named her a “Million Dollar Professor,” an achievement attained annually until she became a full-time administrator in 2006. In 2003, she received U.S. Congressional recognition for attracting research money to Case Western Reserve University. In 2009, she received the Cleveland Human Right Campaign Leadership Award as well as the American Council on Education – Ohio Women’s Network Award for Excellence in Leadership in Higher Education. Dr. Singer’s prior experience included work as a special education teacher for emotionally disturbed children at Bellefaire School, as Department Director of Psychological Services at Health Hill Hospital, and of Pediatric Psychology and the Medical-Behavioral Center at Rainbow Babies and Children’s Hospital. At Rainbow and Metro Medical Health Center, she also co-directed the Center for Advancement of Mothers and Children, a clinic for drug-using women and their children.

Dr. Singer is a double alumna of Case Western Reserve University, with an M.A. and a Ph.D. in clinical psychology. Previously, she had earned a bachelor’s degree from Duquesne University and M.Ed. from the University of Pittsburgh in Special Education and Rehabilitation.