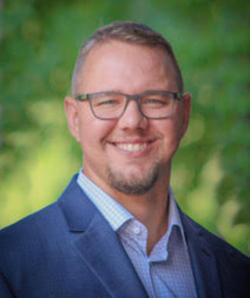 Brian Clites studies the anthropology of power, violence, and trauma within contemporary Roman Catholicism, as well as broader issues of gender, pain, and suffering within marginalized communities in the United States. His work draws upon multiple fields within the humanities, including religious studies, history, philosophy, and cultural anthropology. He joined the Department of Religious Studies in Fall 2017, shortly after completing his doctorate at Northwestern University. He also serves as the Associate Director of the Baker-Nord Center for the Humanities.

Brian is currently finishing his first book, Breaking the Silence, an ethnography of survivors of priestly sexual abuse. Examined through the history of three generations of Chicago Catholics, the book unearths the local traditions of religious activism that later enabled these survivors to transform their suffering into such a robust agenda of political and ecclesiogical reforms. In addition to enriching the study of American Catholicism and challenging theories of gender and violence within religious studies, the book also serves as a corrective to public understandings of the abuse crisis in the United States. The survivor movement in Chicago began decades before the 2002 scandal in Boston, and in fact defined the discursive framework through which Americans have understood and debated the pain and suffering of the abuse crisis. Research for Breaking the Silence has been supported by grants from the American Catholic Historical Association and the Cushwa Center for American Catholicism at the University of Notre Dame.

Prior to arriving at Case Western Reserve, Brian taught at Northwestern University, the University of Chicago, and John Carroll University. His offerings have included a range of courses on topics within Catholic Studies, American Religious History, and Theory and Method.