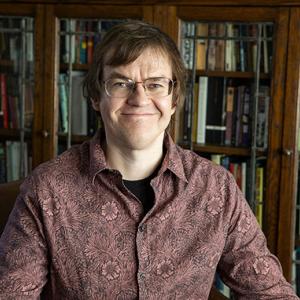 Since coming to CWRU in 2010, Michael has published four books and a number of articles, chapters, and creative pieces, and has been recognized with a 2019 Guggenheim Fellowship.  His creative work has been translated into Japanese, Spanish, German, French, and Dutch, and has received positive reviews in venues including the New York Review of Books, the London Review of Books, the New York Times, and the Los Angeles Review of Books. He has been interviewed about his creative writing in venues ranging from NPR’s “All Things Considered” to Radio New Zealand to CSPAN’s Book TV, and his books have appeared in numerous “best of the year” lists including the New Yorker’s and NPR’s. The first scholarly study of his creative work, written by a German scholar, appeared in 2020 from Columbia University Press, and other studies are forthcoming.

Michael’s academic work has been just as impactful. The work is genuinely interdisciplinary, and his articles have been published in venues ranging from Behavioral and Brain Sciences to Critical Inquiry. His latest scholarly book, A Defense of Judgment, was recently published by the University of Chicago Press. His writing about aesthetic judgment has already received wide attention, and been debated not only in scholarly venues, but also in more general venues such as the Chronicle of Higher Education (2019) and the New York Times (2020). He is regularly invited to present his work at international venues, including most recently Oxford University, Yale, and the University of Virginia. Michael also presents ideas drawn from his academic work to larger audiences, through publication in The Atlantic, Boston Review, and elsewhere.

The Baker-Nord Center Award for Distinguished Scholarship in the Humanities brings with it a research fund of $5,000 to support the recipient’s further research.  Michael’s name will join those of previous awardees on a commemorative plaque.  And as a further contribution to the CWRU community of scholars, he will deliver a public lecture during the spring semester as part of the 2022 Cleveland Humanities Festival: Discourse.