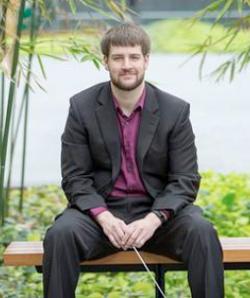 As a viola da gambist and baroque cellist, David has performed in many ensembles in Ohio and throughout the United States, including The Newberry Consort, Catacoustic, les soûls d’amour, Les Délices , Ampersand, Three Notch’d Road, The Bach Project, Apollo’s Fire, Burning River Baroque, and the Atlanta Baroque Orchestra. As a conductor, David directs the Case Camerata Chamber Orchestra and is the Executive and Artistic Director for Earth and Air: String Orchestra. He is a native of Solon, Ohio, and currently resides in Cleveland.