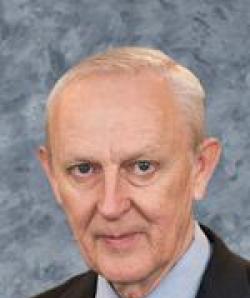 Gregory T. MacLennan, MD is currently the Division Chief of Anatomic Pathology at Case Western Reserve University. Starting in 2008, he has been a professor of pathology and urology & oncology at CWRU. Since 2006, he has been the director of the Seidman Cancer Center Tissue Procurement & Histology Facility. He is also the Senior Pathologist at University Hospitals since 1995. He is also a member of numerous boards of various journals, including Cancer, Journal of Clinical Pathology, and American Journal of the Medical Sciences.

Dr. MacLennan earned his MD in surgery and urology from the University of Manitoba in 1971. He studied at the Manitoba Affiliated Teaching Hospitals from 1971 to 1977 focusing on surgery and urology. He studied urodynamics at St. Peter’s Hospitals in London from 1977 to 1978; he worked in anatomic pathology and cytopathology at Manitoba Affiliated Teaching Hospitals from 1989 to 1994. From 1994 to 1995, he worked at the Mayo Clinic in the fields of surgical/urological pathology.

Dr. MacLennan's core area of research is genitourinary pathology, which includes the reproductive and urogenital systems. He spends most of his time committed to diagnostic surgical pathology and cytopathology. He has a particular interest in genitourinary pathology. Much of his time is committed to diagnostic surgical pathology and cytopathology. His research has been predominantly clinically oriented, in collaboration with urologists, oncologists and other pathologists, but has also involved collaborations with basic scientists.