Notable Women of the Year Awards 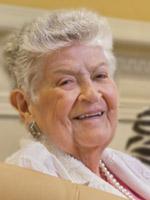 In her 30-year career at CWRU, Pat Kilpatrick climbed from being a faculty member in Physical Education to being the first female Vice President of the University. Retiring in 1992, Pat continued her service to CWRU in the Mather Alumnae Association and played a critical role in the establishment and continued development of the Flora Stone Mather Center for Women. 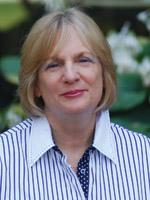 Prior to her recent retirement, Dr. Lerner was a CWRU Nutrition faculty member for 41 years, serving as both Chair and Vice- Chair in the later years. She is the recipient of the John Diekhoff Award for Distinguished Graduate Teaching and Mortar Board National Honor Society's Top Professor Award. In 2006, Dr. Lerner received the Outstanding Dietetics Educator Award from the Academy of Nutrition and Dietetics. 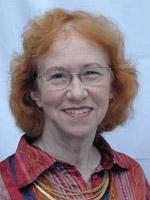 For the past twenty years Sarah Taylor has worked tirelessly as the chair of the CWRU Faculty Newcomers Committee, planning and organizing over one hundred dinners, picnics, wine tastings, and coffee mornings to welcome new faculty and their families to the University. The newcomers' events continue throughout the year and include Cleveland guests who share common interests with particular new faculty members.

Joanne Eustis arrived in August, 1998 and spearheaded many changes in her time here. The CaseLearns Program, which serves over 1000 faculty, students and staff in 2009, was established. In 2005, we saw the opening of the Samuel B. And Marian K. Freedman Digital Library, Language Learning and Multimedia Service Center, a partnership between the College of Arts and Sciences and the Kelvin Smith Library (KSL). Digital Case, which preserves digital information, was established.

In addition to pioneering new media initiatives, Dr. Eustis also focused on service to campus "patrons," which means all of us who turn to the library for our various needs. She launched 24/7 building access for students, expanded printed and electronic materials to more than 2 million items, created additional study rooms, updated computer equipment, introduced the CPL@Case-KSL collection, and expanded access to eJournals.

In her first full-time position, she arrived at CWRU in 1983 as Assistant Professor of Pathology. In 1996 she attained the rank of Professor, the first woman tenured Professor in that department.

Dr. Pretlow's research has focused primarily on microscopically identified lesions in the human colon, called aberrant crypt foci or ACF. These lesions appear to be the earliest identified precursors of colorectal cancer, the second leading cause of cancer deaths in the United States. Her laboratory was the first to report these lesions in human colons. It is hoped that these studies will provide greater insights in how to prevent colorectal cancer especially in families with an increased incidence of this disease.

Dr. Pretlow has received numerous awards and presented papers around the world. She coauthored 122 published papers and book chapters. Of these, twelve have been cited in the literature over 100 times with her most highly cited, 351 times. Dr. Pretlow received her B. S. in Chemistry at Le Moyne College in Syracuse, NY and her Ph. D. in Radiation Biology at the University of Rochester School of Medicine and Dentistry. Before coming to CWRU, she was a postdoctoral fellow in the Department of Bacteriology, University of Wisconsin-Madison.

Special Award from the Office of the Provost, 2009 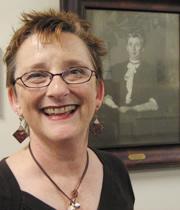 Previously, Dr. Miller was Chair of the Women's Studies Department at Wichita State University. At CWRU, she established the Center for Women and has overseen the development of initiatives for health advocacy, the Project on Men and Gender, the Women Staff Leadership Development Initiative, and the revival of the Women in Science and Engineering Roundtable (WISER), among others.

Dr. Miller's research focuses on the theoretical underpinnings of social policy in relation to women and gender. She is co-editor of the recent Socializing Care: Feminist Ethics and Public Issues, and author of Women and Social Welfare: a Feminist Analysis. She received her D. S.W. in Social Policy, Planning, and Community Organization and her M. S. in Social Work from Columbia University. She has a B. A. in English Literature from the University of Pennsylvania.