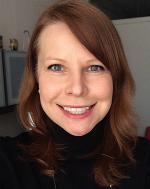 Dr. Exner is a nationally recognized biomedical engineer whose interdisciplinary research program bridges concepts from medical imaging, biomaterials and nanomedicine to develop new paradigms for more effective cancer detection and treatment. She has produced nearly 50 peer-reviewed publications and holds 14 patents and invention disclosures. Dr. Exner has received numerous teaching and mentoring awards. She has had a leadership role in the Women Facility of the School of Medicine Steering Committee and served as a mentor for the Women in Science and Engineering Roundtable (WISER) Professional Mentoring Program. In addition to mentoring countless women students in her lab she initiated a mentoring program for girls at Hathaway Brown School. 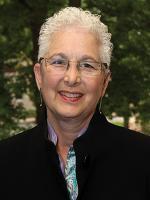 A visible and highly regarded attorney in Cleveland, Judith’s work has had a significant impact on students, faculty and staff. She helped to establish the JD/MSSA dual-degree program, and teaches in the Criminal Justice Clinic. Judith teaches and mentors students who represent low- income clients on matters including consumer fraud, police misconduct, medical, elder and disability law, and criminal misdemeanors, felonies and appeals. She has led the Criminal Law Clinic in taking on innocence cases. Her current research and practice focus on addressing family violence and the rights of immigrant victims of such violence. She is a member of the Advisory Committee for the Human Trafficking Court being developed by Cleveland Municipal Court Judge Marilyn Cassidy. This Fall she was the first clinical professor to be awarded a chaired professorship at the Law School. 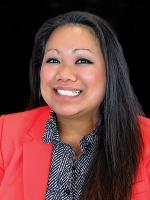 Naomi has been an amazing spark for much change around campus. She has been a sought-after voice by upper administration both in Student Affairs and the entire university. She always considers impact on students, and finds ways to increase student voices on campus. She played a key role in the CWRU initiatives: Sustained Dialogue groups; Diversity 360; and the Bias Reporting System. She directly facilitated the “Day of Dialogue” and The MLK Symposium: “What You Do Matters” collaborating with the Holocaust Museum. Initiated student groups include: “Voices: A Women of Color Collaborative, ” and the “Multicultural Leaders Roundtable. ” In addition she was critical to the recent student activism #ItooamCWRU, #WeBelongHere, and the new Undergraduate Diversity Collaborative. She focuses on relationships and it shines through her work. 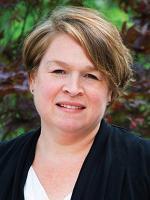 Molly has led the Center for International Affairs at CWRU for four years. The Center has flourished under her leadership. She successfully collaborated with Associate Provost David Fleshler in the strategic plan for internationalization, resulting in early completion, unanimous endorsement and public accolades. Molly is also the creator of and acting director for the Office of Education Abroad, now a central office on campus where everyone knows to turn for all of their study abroad needs. Creation of this office prompted the increase in CWRU students who go abroad by 50%. Molly’s leadership in the Center is holistic and transparent. She makes herself available for productive professional and friendly conversations and strength-based coaching, showing care and support for all staff. Her leadership strategies have produced a team of professionals who are hardworking, loyal, trustworthy, competent, and happy. 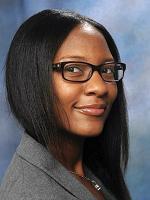 Jazmine has built her reputation for addressing public health education through volunteering for a host of organizations and groups such as Minority Health Alliance, NAACP, Ohio Commission on Minority Health, Case Center for Reducing Health Disparities, and the major hospitals in Cleveland – Cleveland Clinic, Metro Health, and University Hospitals. Jazmine has been recognized by the Office of Inclusion, Diversity, & Equal Opportunity for becoming a founding member of the campus NAACP and her work in the #WeBelongHere Movement. She has been selected to become a council member for the Ohio Youth and Leadership Council that will be focusing on implementing a policy for sexual health education for the 2015-2016 academic year. 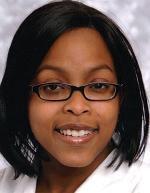 Shanina has gone above and beyond the call of duty as a registered nurse inside and out side of the clinical setting. She is known for her mentorship and encouragement of her colleagues and her role in helping community youth relate to her story as a Clevelander and first family member to graduate college. Her focus on infection control led her to create a prize winning patent pending patient-controlled hand sanitation dispenser that affixes to the hospital bed rail for bed-bound patients. In the VA Hospital system, she serves as the Nursing Shared Governance Co-chair. She is the CWRU Chapter President for the Institute for Healthcare Improvement. She has received numerous awards and accolades from her school and the VA.