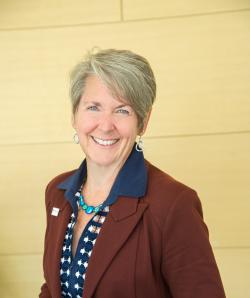 Bringing nearly 30 years of development experience, Anne Borchert has been a long-time innovator in the creation of investment strategies to educational institutions from the corporate, foundation, government, and individual sectors.  Over the course of 22 years at Case Western Reserve, Borchert has provided leadership in management as well as gift closure. Based in Tokyo, she established a regional office in Asia, creating alumni chapter activities and corporate partnership engagements that led to over $10 million in international investment to the institution.  During her tenure as Assistant Dean in Case’s Engineering School she personally closed on average $2 million dollars in gifts annually while managing a team which led to over $10 million in annual investment. As the head of Corporate Relations Borchert has developed a comprehensive approach to Corporate Relations which has led to stronger industry engagement at the University in the areas of gifts, grants, and contracts .  Her holistic approach has led to greater investment by the industrial community, bringing $15-$20 million annually, as well as highlighting the importance of the University in the economic development of the region. She has extensive international experience including an eight-year residence in Japan. Her first tenure overseas was in 1987 as an inaugural participant of the JET (Japan Exchange and Teaching Program). She has a BA in English from Vassar College, and has studied Japanese at NYU and at the Inter-University Center in Yokohama, Japan.  Borchert is active in the community with volunteer engagements including a 3-year term as Co-President of the Cleveland Vassar Club and a number of volunteer engagements in the Shaker Heights public schools. Borchert served on the Board of NACRO (Network of Corporate Relations officers) which is a national organization tracking and promoting academic and industry partnerships.