Forty Years of Partnership. We are All in this Together 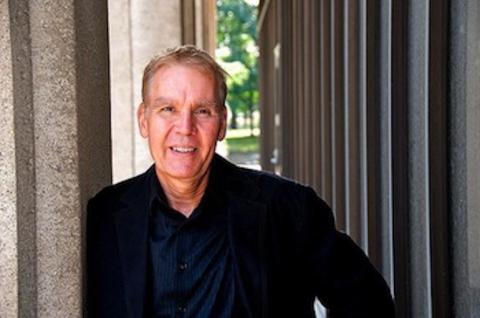 Best thoughts usually come to me while walking – and keeping my social distance. I’ve been doing a great deal of that recently. Today while walking it occurred to me that this year is the fortieth anniversary of the Encyclopedia of Cleveland History. That’s when David Van Tassel started the project.

Interestingly it came about after a conversation with Homer Wadsworth, the then head of the Cleveland Foundation. Wadsworth suggested that David write a new, up-to-date history of the city. He demurred, noting that the history of cities like Cleveland was complex – increasingly so given the growth of new historical fields focused on immigration, race, women, sport, and other topical areas in the previous two decades. But, he agreed that the city needed a new history and he suggested it be structured in an encyclopedic format. Why he selected that format is a question now being investigated by Ryan Chamberlain, our Digital Editor and Social Media Manager as part of his dissertation research.

Importantly, David also envisioned the project as a joint undertaking between those in the academy and the citizens of Cleveland, many of whom had a deep knowledge of and interest in aspects of the city’s history. That’s how the ECH began and that is how it continues to operate – as a partnership focused on the past and one that has now been re-energized by the technologies that bind all of us together.

Two years ago we began an initiative to make that connection even stronger – and the results have been very good, indeed. Topics for new entries are continually suggested, and a growing corps of volunteer Associate Topical Editors are channeling updated and new entries us (us being myself and Ryan Chamberlain and Meghan Schill– graduate students at CWRU). I would estimate that we are now uploading three new or updated entries each week. And, we have created a strong social media presence and established content partnerships with the Cleveland Public Library, Cleveland Memory, and Cleveland Historical, along with our long-standing connection to the Western Reserve Historical Society. So, it is going well – but there’s much more to achieve.

For example, it took the recent Covid-19 crisis to remind us that the world and Cleveland had experienced previous pandemics. The ECH had an entry on the Cholera Epidemic of 1832, but nothing on the “Spanish Flu” pandemic of 1918-1919, an event that received only three lines of mention (none of which related specifically to Cleveland) in William Ganson Rose’s Cleveland: The Making of a City. But there was a source – a capstone history essay researched and written by Tarun Jella, a history major at CWRU (and now a student in the University’s medical school). It was exactly what we needed and it formed the basis of the essay now up on the ECH. Then again, something else came from the community. Professor Gary Previts provided a copy of the shutdown protocol for Cleveland issued by its Acting Commissioner of Health in October 1918. Tarun’s research and Dr. Previts’ document have now made their ways into the national media.

This I believe confirms the wisdom of David Van Tassel’s decision to create an encyclopedic history of the city rather than a narrative and to do so in partnership with the community. And while some lament the absence of a current narrative history, a single narrative could never completely tell the complex story of our city. And, of course, encyclopedias are also never ever complete – but technology now allows them to react to new research and to the communities they serve. So, both in this crisis, and as custodians of the past – we are all in it together.