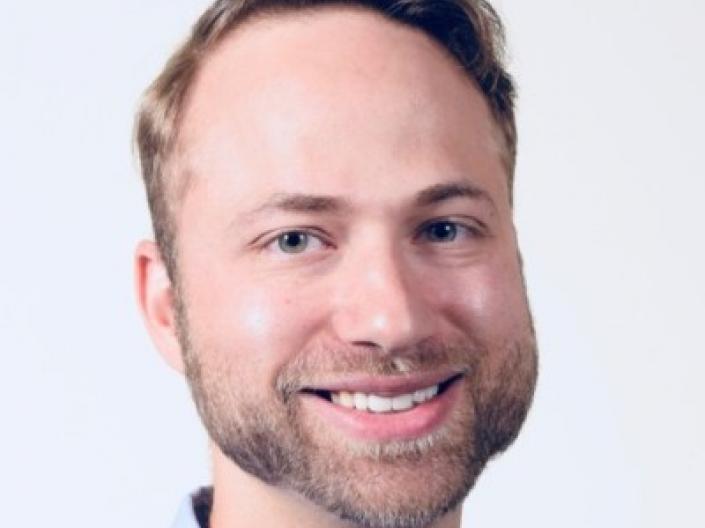 Gavi Begtrup, PhD, is a serial entrepreneur and CEO. Most recently, Begtrup has been the CEO of Eccrine Systems, Inc., a platform technology and medical device company, where his role encompassed all elements of leading a dynamic healthcare startup from launch to industry leader. He specializes in technology commercialization and has deep technical background in physics and materials science and considerable experience with the federal government, having served as the policy advisor for Congresswoman Gabrielle Giffords and working with the Department of Defense, NASA, NSF, DOE and other federal agencies. 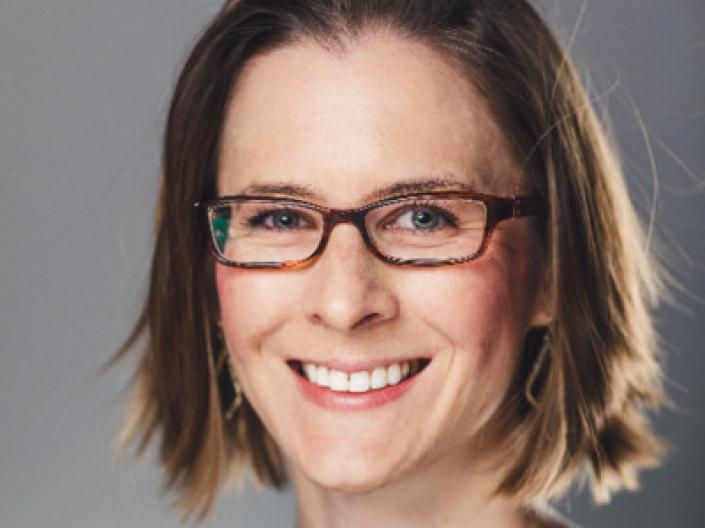 Carolyn Casterton is a global leader in digital health and medical devices. She spent four and a half years at Verily/Google Life Sciences in partnership/general management roles focused on digital health (imaging AI, population health, disease management). She was a core member of the deal team for and built up the partnership with Galvani Bioelectronics a $700 million investment. Casterton’s prior experience is in product management at Boston Scientific Neuromodulation and Stryker Neurovascular, where she drove implantable medical devices concept through launch and commercialized globally. She received her MBA and MS in Biomedical Engineering from Duke, and co-founded a neuromodulation startup in grad school called Cerene Biomedics. 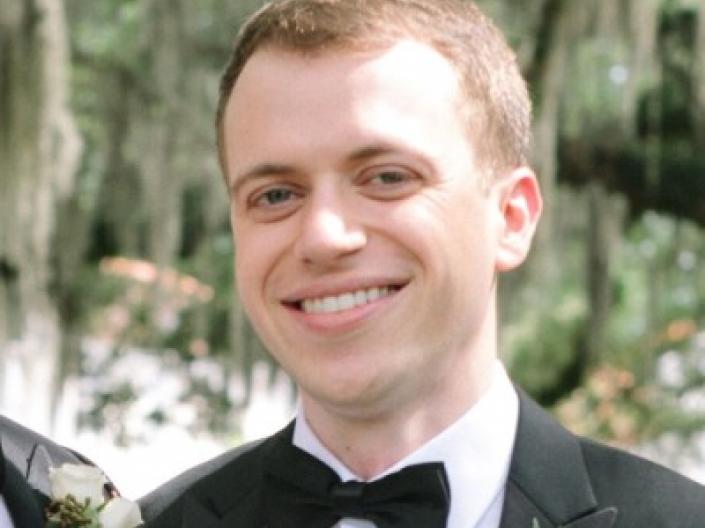 Zach Fleitman has spent his career in healthcare and health technology. Over the past eight years, he has helped two health technology companies go from pre-product launch through national distribution and Series C raises. Fleitman is currently the CFO of Vox Mobile, a managed services company in Cleveland, OH. 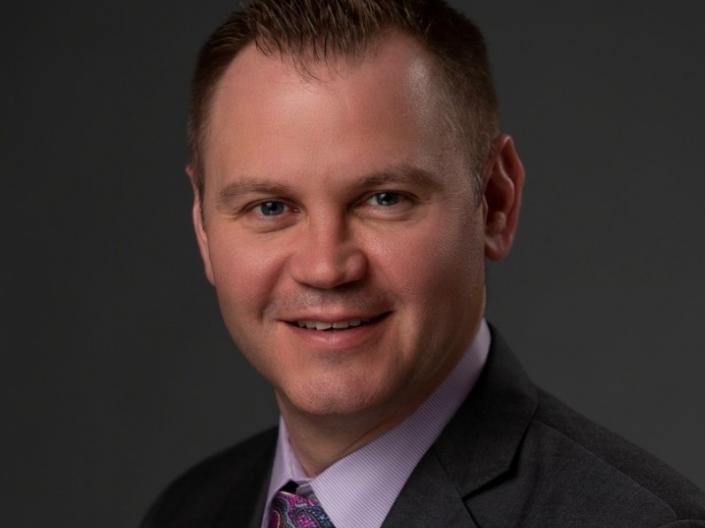 Neil Friery brings a diverse background spanning across four verticals (medical devices, specialty chemicals, professional services and not for profit). Most recently, Friery served as senior vice president/general manager of the Surgical Division at Zimmer Biomet, a Fortune 500 Company and the world's leading orthopedic organization. During his tenure at Zimmer Biomet Surgical, he oversaw all functional aspects of the organization and led the division to $400 million in revenue. 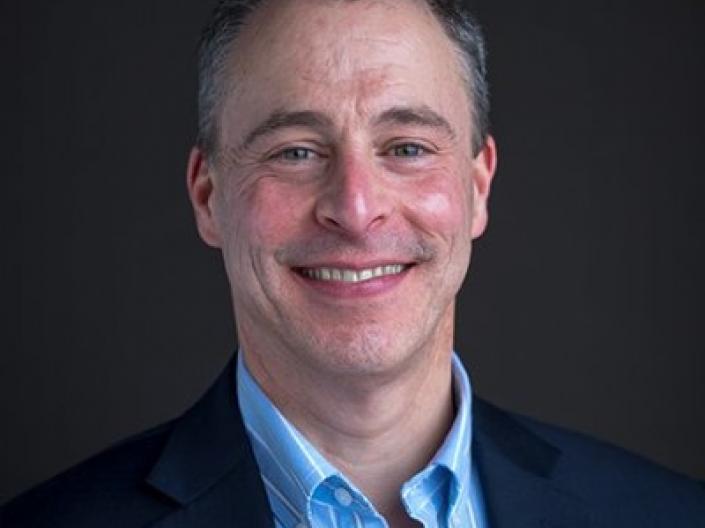 Sam Gerace is a five-time technology CEO with more than 30 years of experience leading SaaS and software companies serving domestic and international markets. Gerace was the chief executive officer of Veritix, a venture-backed state-of-the-art digital ticketing, event marketing and relationship management solutions provider for the sports and live entertainment industries. He was also the founder of Be Free, a comprehensive Internet marketing information services company for leading retail and consumer businesses. Gerace chairs the board of Minds Matter of Cleveland, a non-profit organization serving low-income high school students and he serves as a mentor in the Jumpstart Mentoring Program. He served on the board of ValueClick, Inc. and as Entrepreneur in Residence with Jumpstart, Inc. 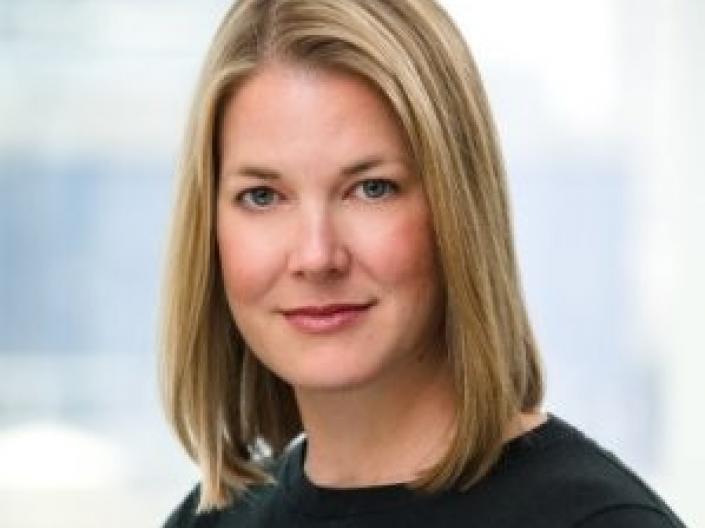 Allison Girvin is a seasoned media executive and award-winning journalist. Currently, Girvin is a consultant for Media Strategy Experts. Previously, Girvin worked for NBCUniversal, where she launched the Business, Technology and Media Unit for NBC News and MSNBC, producing content for all broadcast, cable, digital, social media and OTT platforms in the NBC News portfolio. Girvin began her career as a producer working for local TV affiliates, and quickly jumped to New York and network television. She spent a decade at ABC News where she held several roles including head writer for "Good Morning America" under Diane Sawyer and Robin Roberts. She left ABC News to launch HuffPost Live (HPL), the groundbreaking live streaming video network at the Huffington Post. While at HPL, her team interviewed 25,000 people in 100 countries and garnered 1 billion video views. Girvin went on to lead daytime programming at Bloomberg Television. 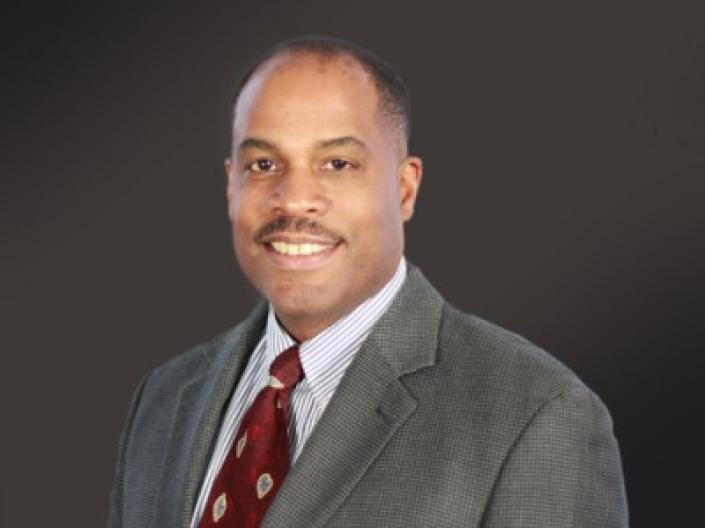 Albert Green is an executive consultant focused on technology scouting and commercialization, executive mentoring and technology-based economic development. Green received a bachelor's degree in physics from the University of Chicago and a PhD in physics from Stanford University. Green has spent his entire career in managing innovation-based businesses. Prior to starting a consulting practice, Green was the CEO of Kent Displays, Inc. (makers of Boogie Board eWriters) for 12 years. 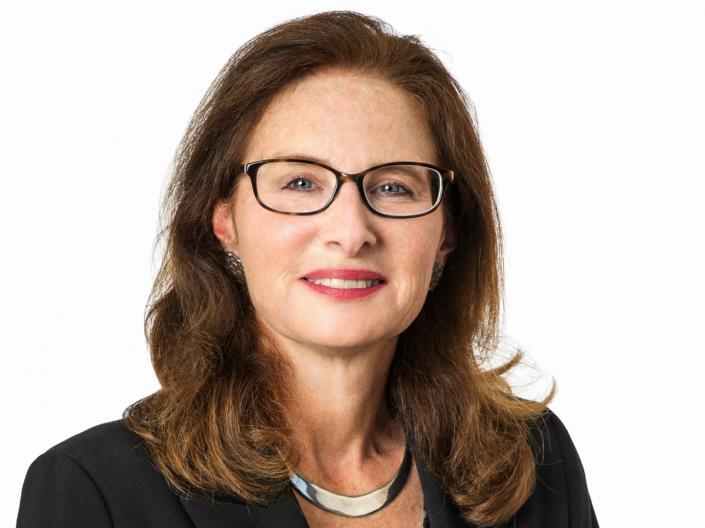 Lynn-Ann Gries has spent her career in the financial arena from investment banking to venture capital, working with a range of companies from startups to Fortune 1000. Most recently, she ran her own consulting firm, providing financial analysis, market research and advisory services to entrepreneurs and regional leaders. In 2016, she joined EarlyStage Partners and prior to that, she co-founded and served as the chief investment officer at JumpStart, investing in medical, info tech, and advance materials startups. Earlier in her career she served as senior vice president for McDonald Investments and worked for the investment banking firms Smith Barney and Morgan Stanley. Gries holds an MBA from New York University (Stern School of Business) and a Bachelor of Arts from Smith College where she majored in Economics. 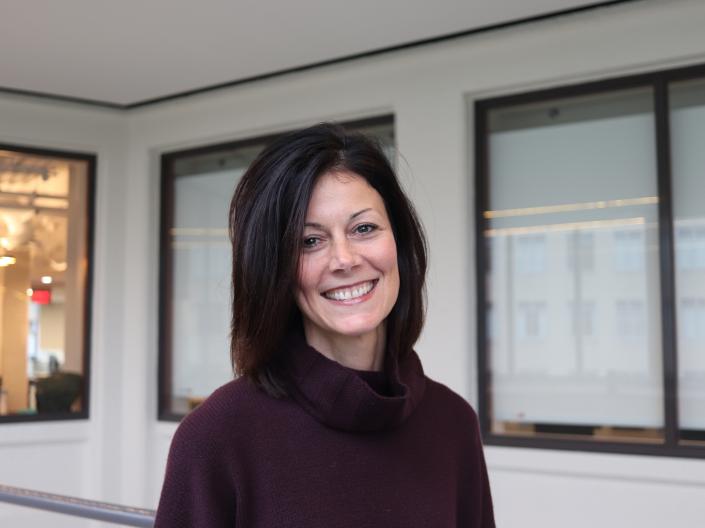 Kelly Jackson leverages 20 years of experience in biotech and pharmaceutical research, discovery and development to provide strategy and operations leadership for a seed funded Newco in Boston. Prior to that, she was executive director, strategy & operations at Fulcrum Therapeutics, where she led portfolio management for a pipeline that evolved from series A funded preclinical projects into a public company portfolio of programs in all phases of clinical development. She was previously a director in R&D program leadership and business operations at Biogen. She oversaw the business process portfolio and was responsible for the prioritization and collaborative execution of initiatives driving efficiency, compliance and business agility. Kelly has also served as a member of the global clinical trial operations team at Merck, leading both international clinical development projects and transformation initiatives after joining the organization as a clinical research associate. 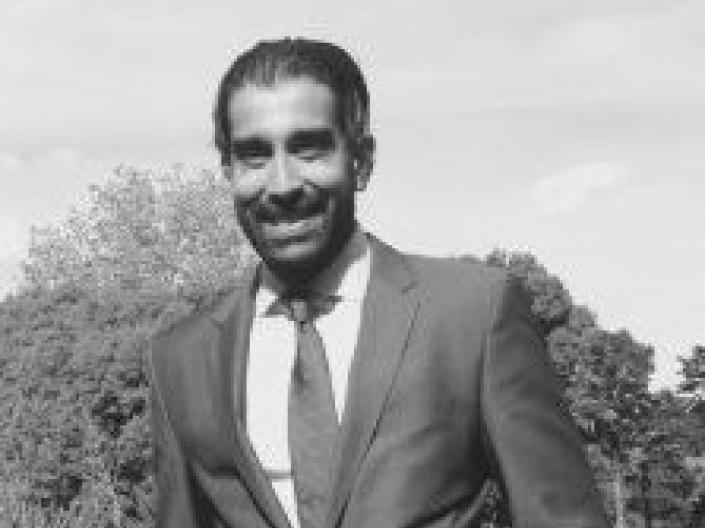 Arjun Krishnan works with a range of healthcare companies across different areas of medicine on operating, strategic and business development initiatives. His focus is on long-term value creation, be it helping a start-up grow or building out more established businesses. Previously, Krishnan was the vice president of finance at BTG Interventional Pulmonology. 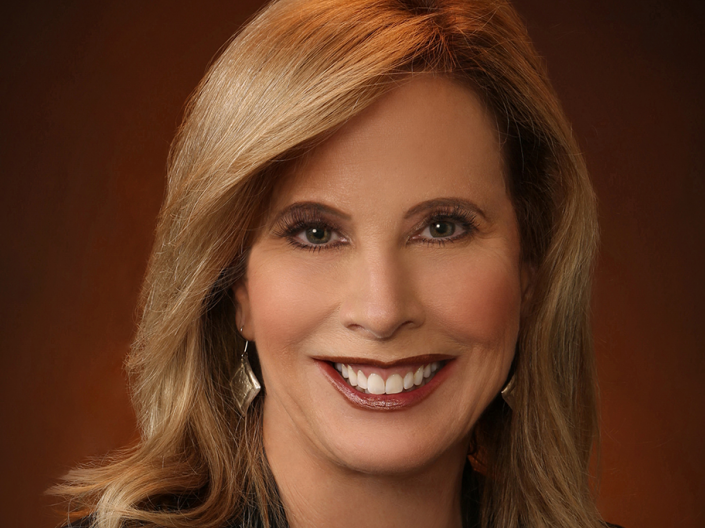 Jennifer has a 30 year career in finance leadership roles, primarily in the entertainment industry (Disney, SAG-AFTRA) and is now an active angel investor at Golden Seeds, advisor (UC Irvine Beale Applied Innovation) and Techstars mentor. She holds a BS in engineering, polymer science from CWRU and an MBA from the Harvard Business School. 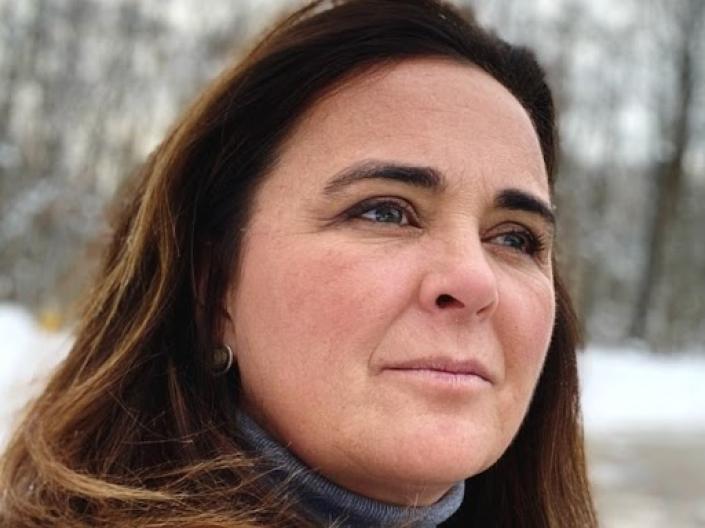 Julie is an experienced consumer marketer with deep knowledge across strategy, innovation, product and brand management. Lehman has led multiple $500MM+ businesses for Nestle including Stouffer's and Lean Cuisine and many smaller brands (Nestle TollHouse, Stride Rite) and built an innovation team from the ground up that was responsible for over $100MM+ in new products. 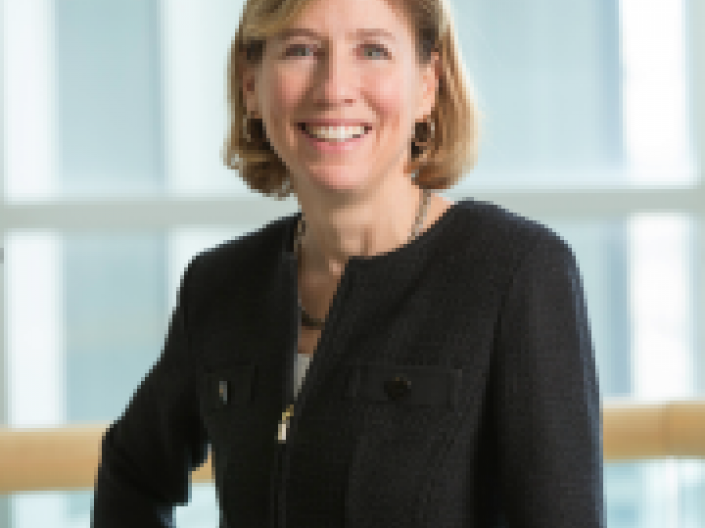 Susan Luria has an extensive career in building healthcare services companies, programs and mutually beneficial partnerships. She has built a number of companies and initiatives both as standalone businesses and ventures within publicly traded companies and large healthcare institutions. Luria began her career as a social entrepreneur working at a national level as an undergraduate at Dartmouth College and has continued her focus on building businesses with an eye on social and community impact. She is a member of Cleveland Social Venture Partners and North Coast Ventures, a board member of Emvitals, Laurel School and Bellefaire JCB and past Chair of the Advisory Board of the Dartmouth Center for Social Impact. Luria received her MBA from Case Western Reserve University. 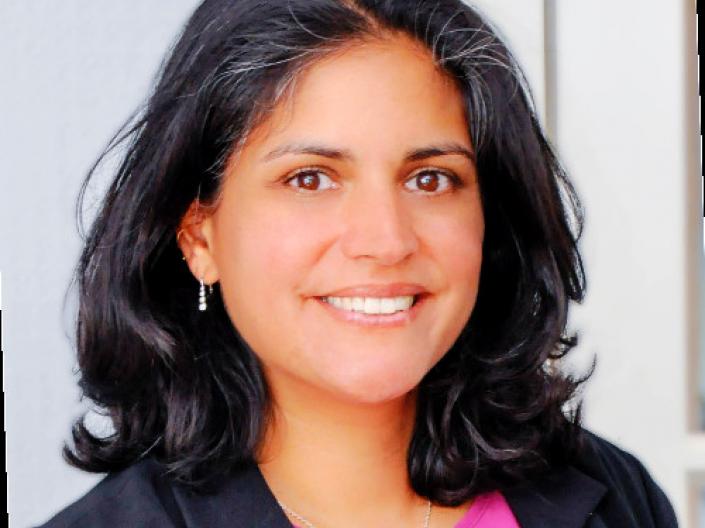 Neema Mayhugh has been helping inventors and early stage companies accelerate through the commercialization process for almost 20 years. She has a PhD in Pharmacology and Toxicology and has focused on pharma, device and digital health verticals in her career. Mayhugh started her own consulting practice five years ago to assist clients with portfolio prioritization, shaping of value creation milestones and BD strategy. Her current clients include Mass General Brigham, Cleveland Clinic and University Hospitals. Prior to Wave Strategy, Mayhugh was with Cleveland Clinic Innovations and Pfizer, Inc. 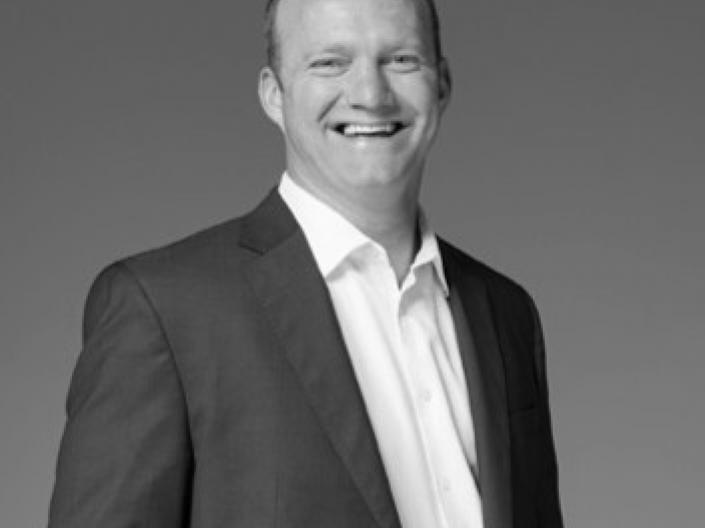 In both the roles of VP of Strategic Partnerships at BioEnterprise and Director of Inventor Services at Cleveland Clinic, Matt McBride oversaw the continued development, promotion and execution of promising healthcare innovation in the growing biomedical sector in Northeast Ohio. By implementing streamlined processes and effective triage measures, McBride was able to expedite the translation of medical breakthroughs into patient-benefiting products. 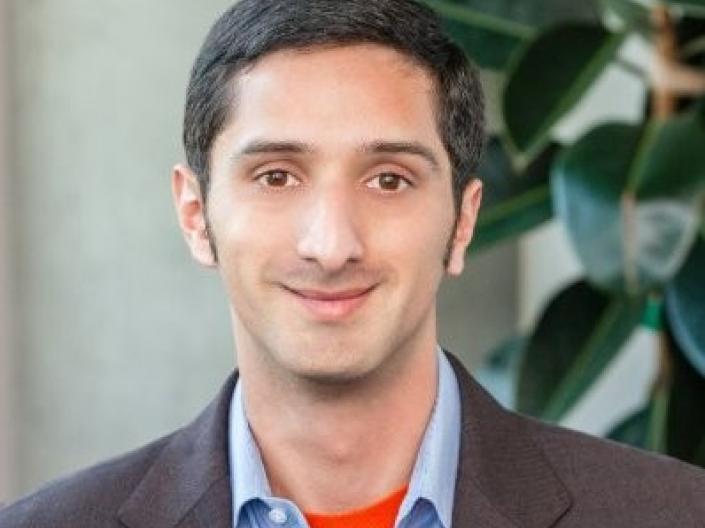 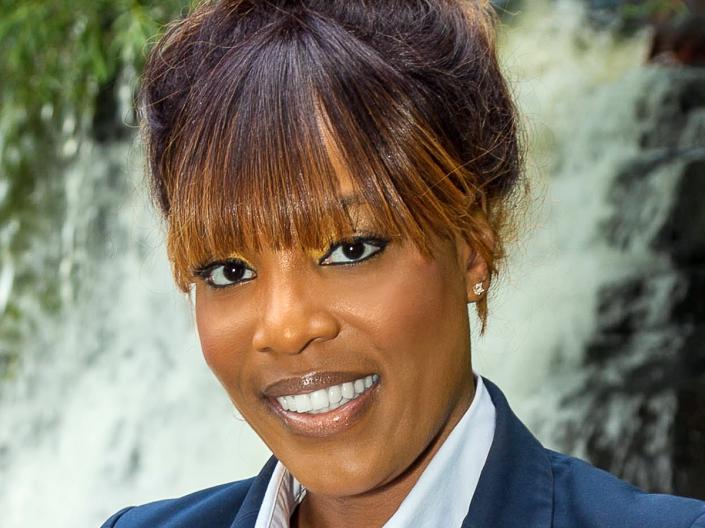 As Founder and Sr. Managing Partner of Kestada Strategy Consultants LLC, and in her past role working the with IP Venture Clinic at Case Western Reserve University School of Law, Priest has consulted for and advised corporate clients, senior and executive business teams, entrepreneurs and founders in companies ranging from start-up ventures to large corporations across industries ranging from tech, consumer goods, and manufacturing, to financial services, healthcare and telecommunications. 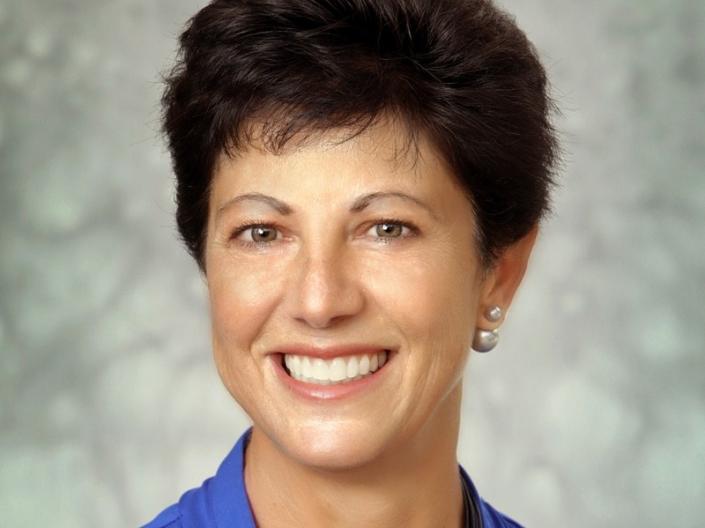 Sue Tyler is excited to bring her healthcare payer experience and passion for innovation to startup and growth companies. Tyler is the former chief experience officer, chief financial officer and treasurer of Medical Mutual. She currently serves on the boards of two early stage healthcare technology companies. Tyler is an active member of North Coast Ventures serving on screening, due diligence and portfolio support committees. Tyler holds a BS in Accounting and MBA from Case Western Reserve University. 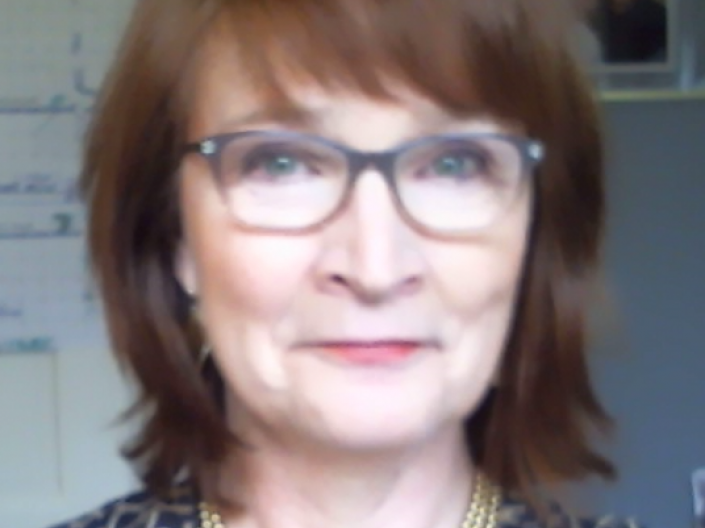 Bara Watts is an accomplished business executive, serial entrepreneur and educator. Previously, Watts was the director of entrepreneurship and the Center for Innovation and Impact at Oberlin College and vice president at Universal Studios. Watts has a BS from George Washington University and MBA from the Babson College’s F.W. Olin School of Business with a concentration in social entrepreneurship. 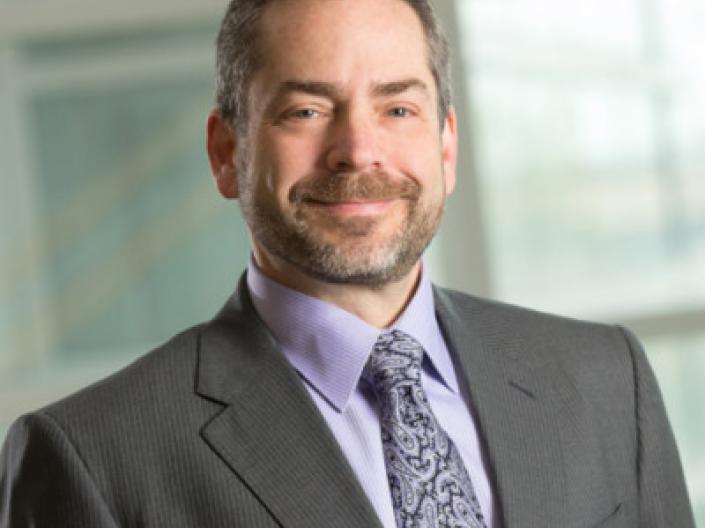 Steve Weitzner has a bit of a non-traditional background, but has successfully launched and grown a number of new ventures, worked across many industry sectors in countless geographies, and has somehow managed to remain ridiculously optimistic.  Weitzer was the COO of the Harrington Discovery Institute at University Hospitals, the founder of Silverlode Consulting and a Principal at Ernst & Young.