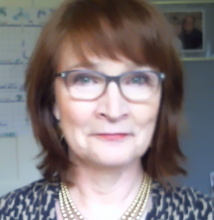 Watts is executive director for the Center for Food Innovation at Oberlin, a non-profit driving new job growth there with the development of an AgTech industry cluster. Watts is a former senior business executive, serial entrepreneur and educator. Over a span of more than 25 years, Watts held senior positions in leading multi-national corporations including MGM/UA Home Video, Twentieth Century Fox and Universal Studios. She was executive director for the orchestra Cleveland’s Red and CMO for the Convention and Visitors Bureau of Greater Cleveland and served as director of entrepreneurship at Oberlin College for three years. Most recently she consulted with FedTech to commercialize technology from NASA, VA and National Nuclear Security and served as an I-CORPS mentor for University of Akron and as Entrepreneur-in-Residence for Case Western Reserve University.

In addition to holding corporate and arts executive positions, she is a serial entrepreneur, having formed and sold several companies including Barbara Watts and Associates, Inc. (BWA). In Cleveland, she launched UNCOMN.tv, a webtv network with programs she produced including "Got*City Game!" and "The Flannel Channel." Watts is a board member of Burton Bell Car and a former partner of the RITE Board. Through the RITE Board she had been able to successfully test the UNZU, a junior high/high school career development technology.

Prior to moving back to her hometown Cleveland in 2001, she served as vice president of Universal Studios where she developed an in-house marketing promotional department that provided over $11 million in incremental media and sponsorship exposure within the first nine months. As the departmental representative to Universal Studio’s strategic partners, she worked with many global companies such as Coca-Cola, Kodak and UNICEF.

Watts was founder and president of BWA for eight years. A full-service agency, BWA represented clients like Warner Bros., Hollywood Video, Andrew Jergens, Universal Television and HBO in securing multimillion-dollar corporate partnerships that included event sponsorships, licensing and promotions for both leading package goods corporations and entertainment companies before it was sold in 1998.

In 1990, Watts joined Twentieth Century Fox as director of worldwide promotions where she managed the sale and execution of promotions and corporate partnerships with film, video and television properties on both a domestic and international basis. Watts delivered the largest alliance deal ever realized by the film division in Japan with the Home Alone/Kentucky Fried Chicken deal. An alliance campaign she developed between Home Alone and Pepsi in the United States secured over $8 million dollars in media for the video and increased Pepsi sales by nearly $200 million.

At MGM/UA Home Video, she started and managed a division that handled all of the direct mail, premium, laser and promotional licensing deals.  She was directly responsible for contracting and managing the fulfillment facility, establishing all of the marketing, sales, accounting and tracking procedures. She was the direct mail sales representative responsible for negotiating agreements with leading direct mail companies like Time Life Books and Columbia House for programs delivering over $10 million within the first year.