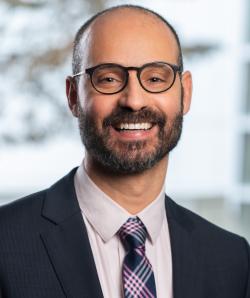 Glioblastoma is the most common and lethal of brain tumors claiming the lives of over 12,000 people each year in the U.S. alone. Median survival following diagnosis is approximately 15 months with maximal surgical resection, radiation, and temozolomide chemotherapy (standard of care). The challenges inherent in developing better and more effective treatments for glioblastoma are becoming increasingly clear. Glioblastomas are relentlessly invasive, resistance to standard treatments, genetically complex and molecularly adaptable, and contain subpopulations of cancer cells with phenotypic similarities to normal neural stem cells which are often referred to as glioma stem-like cells (GSC).

The microenvironment around cells is extremely rich in information. This includes localized signals from adjacent cells (cell-cell contact) and the surrounding extracellular matrix, as well as soluble molecules produced and secreted by distant cells and organs. Collectively, these signals constitute the tissue context, and the behavior of every cell is profoundly influenced by the precise combination of signals presented to it. Non neoplastic cells respond to these signals in ways that serve the body. In contrast, cancer cells react to their tissue context quite differently and in most cases they actively remodel the microenvironment to promote tumor progression and invasion.

My laboratory is primarily focused on the identification and targeting of cancer-cell intrinsic signaling nodes which are activated by signals from the tumor microenvironment.

Doctor of Philosophy
Molecular Biology
University of Illinois at Chicago