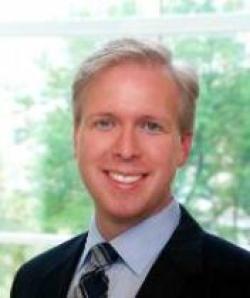 In a career that spans more than 25 years in higher education, Eric L. Dicken has forged a reputation as a trusted advisor and an accomplished leader in the greater Cleveland nonprofit sector.

In his current role as the Assistant Vice President of Development for Programs, Events, and Protocol at Case Western Reserve University, Eric fosters relationships within the university and across the community. Since joining Case Western Reserve in 2003, he has played key roles in hundreds of high-profile events including commencement, dedications, groundbreakings, notable author appearances, and a Vice Presidential Debate.

He served on the core events team for Forward Thinking: The Campaign for Case Western Reserve University, which launched publicly in October 2011. The initial $1 billion goal was met two and a half years before the target, and the goal was increased to $1.5 billion. At its conclusion, the campaign successfully raised $1.82 billion to support capital projects, scholarships, and professorships.

Of all these events, perhaps the most meaningful was the Maltz Performing Arts Center’s opening concert Violins of Hope which featured The Cleveland Orchestra performing on instruments recovered from the Holocaust and restored by Israeli violin maker Amnon Weinstein.

Eric believes his best work is imbued with creativity, whether that appears through orchestrating memorable experiences, selecting meaningful gifts, or generating unexpected connections among new partners.

Eric's community involvement centers on his passion for arts and culture including the Cleveland International Film Festival, Near West Theatre, and Cleveland Arts Prize. In 2015 he joined the board of the Cuyahoga County Public Library Foundation, which supports one of the nation’s top-rated library systems.

Eric was recognized as an outstanding mentor by the Ohio College Personnel Association. He received a Nonprofit Leadership Award from the Jack, Joseph and Morton Mandel School of Applied Social Sciences and was inducted into the school’s Hall of Achievement during its Centennial Celebration in 2016. More recently, Eric was honored with Case Western Reserve’s 2018 Prism Award for going above and beyond to create a welcoming space for LGBT individuals on campus.

Eric earned a Bachelor of Arts degree with majors in English and Theatre Arts from Hiram College, a Master of Education in higher education administration from Kent State University, and Master of Nonprofit Organizations from Case Western Reserve University. Eric completed the Protocol Officer Training from the Protocol School of Washington and has been an active member of the Protocol Diplomacy International - Protocol Officers Association since 2012.