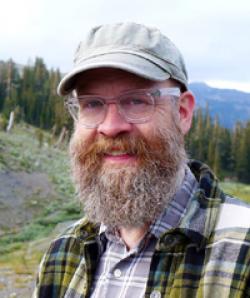 Dr. Carl Anthony, professor at John Carroll University, and his Master's student, Kimberly Thompson studied the behavioral interactions between Plethodon cinereus and Eurycea bislineata within a forest-to-stream ecotone at the farm. Plethodon cinereus and Eurycea bislineata are often sympatric within regional forest-stream ecotones. It is unknown whether these species compete for resources (e.g., food or suitable cover objects) or whether competition, if present, restricts one species from fully taking advantage of its fundamental niche. With the integral help of several fellow researchers, including Owen Lockhart, a PhD candidate at Cleveland State University, they are examining how these two species from different adaptive zones interact with each other and how competition may dictate species distribution and abundance, as well as their consequent behaviors within an ecotone.

A survey was conducted of the red-backed and two-lined salamander populations along the stream margin within the northern part of the forest at the farm to establish where individuals of each species are located (relative to the stream margin) and whether or not the two species co-occur under cover more or less frequently than expected by random chance alone. With the proper IACUC and ODNR permits, salamanders of both species were collected and used in two laboratory experiments to examine behavioral interactions between the two species. The prediction is that if the two species are competing for space, that they will recognize and respond to each other's odors and that they will aggressively defend territories in laboratory arenas. All specimens will be deposited in the Cleveland Museum of Natural History at the conclusion of the research.