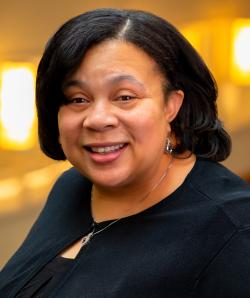 Tonya Sams joined the university's Office of General Counsel in 2019.

Prior to entering the legal field, Tonya worked for The Plain Dealer in a number of positions including News Researcher and General Assignment/Crime Reporter.  She has also done freelance work for the TV One series "Fatal Attraction" and the Oxygen Network series "Snapped: Killer Couples."

Tonya received her B.A. in Communications from Cleveland State University and a Post-Degree Certificate in Paralegal Studies from Cuyahoga Community College.

Her favorite movie series is "The Fast and the Furious".