On 'The Code of the Warrior' and Ethics of War 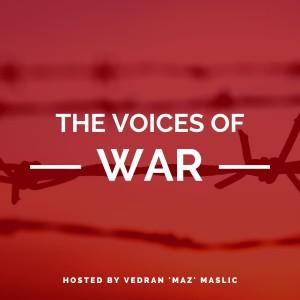 The Voices of War

My guest today is Professor Shannon E. French from Case Western Reserve University (CWRU) where she is also the Inamori Professor in Ethics, and the Director of the Inamori International Center for Ethics and Excellence. Prior to her current role, she taught for 11 years at the US Naval Academy in Annapolis, where she was a tenured member of the Ethics department and Associate Chair of the division of Leadership, Ethics, and Law.

Shannon’s primary research field is military ethics, with a special focus on conduct of war issues, ethical leadership, command climate, sacrifice and responsibility, warrior transitions, ethical responses to terrorism, the future of warfare, and emerging military technology, including Artificial Intelligence. Her publications include ‘The Code of the Warrior: Exploring Warrior Values, Past and Present’, which we discussed today, as well as a number of edited volumes, book chapters and peer-reviewed articles on military ethics. You can read Shannon's full biography here.

Some of the topics we covered are:

I think this is one of the most important conversation I've had so far as it goes to the core of the reality of military service, particularly as it relates to the ongoing War on Terror.

The Voices of War