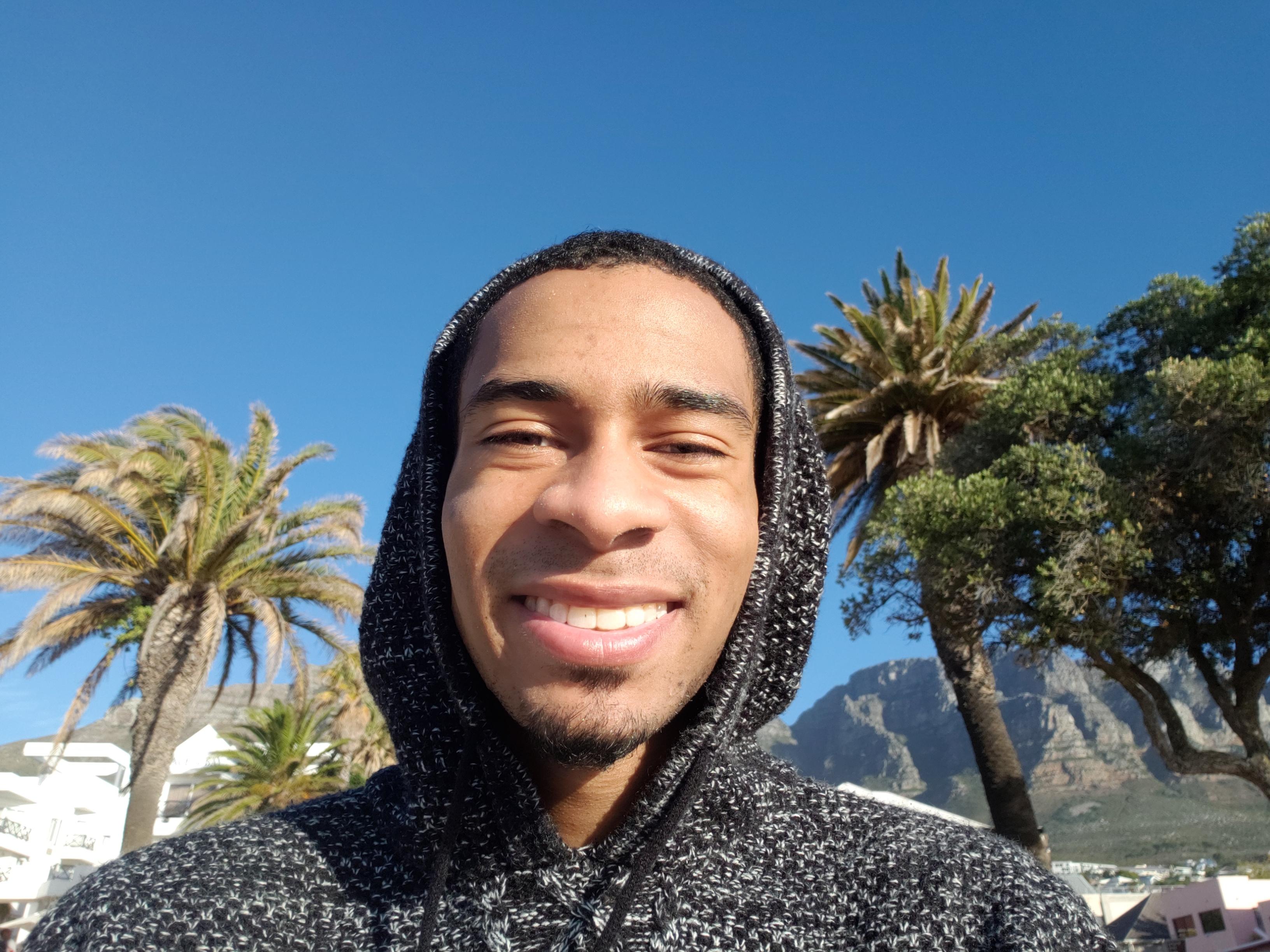 Carlos Lewis-Miller is a medical anthropology major who spent spring semester 2019 studying abroad at the University of Cape Town in South Africa. He shares advice for other CWRU students about how he made his study abroad semester possible, how his experience prepared him to take the next step towards his career goal and how his view of the world has changed because of it.

How did you choose your study abroad institution?

Shortly after declaring a major in anthropology at the beginning of my sophomore year, I became interested in studying abroad.  After several meetings with the Assistant Director of Education Abroad, Autumn Beechler, I had a handful of institutions that I was interested in.  However, the semester passed and I still had no idea where I wanted to go.  Around the same time, the Board of Trustees approved the creation of a minor in African and African American Studies at CWRU, and I decided to pursue this opportunity.  Accordingly, I narrowed my list down to institutions in Africa, and the University of Cape Town (UCT) was unanimously described as the best institution on the continent!

What obstacles did you think you would encounter when planning to study abroad? If you did encounter them, how did you overcome those obstacles?

The most pressing obstacle was the cost.  Usually, studying abroad is cheaper than attending CWRU because the cost of housing in many study abroad institutions is cheaper than the cost of housing at CWRU.  That said, I was a Resident Assistant at the time and did not pay for housing.  As a result, studying abroad was actually more expensive in my case, and this additional cost almost stopped me from going.  Thankfully, Autumn helped me by revealing all the university-level, national, and international scholarships available to study abroad students.  And after applying to as many of these scholarships as I could, I left for South Africa with more than enough money to last me the semester.

What do you wish you would have known before going abroad?

I wish I would have known more about UCT’s rules for grading and formatting papers.  This might seem like a strange wish, but the grading system is completely different.  Grades between 0-49 count as “fails,” grades between 50-74 count as “passes,” and grades above 75 count as “distinctions.”  As you might guess, I had to get used to receiving 80s, 70s, and the occasional 60 or 50.  Moreover, when you transition from writing 2.0 spaced papers with a specific page-count to 1.5 spaced papers with a specific word-count, there is room for error.  (For instance, I accidentally went over the word count for one of my papers and received a 40!)

What was your favorite part of your study abroad experience?

he people.  There are people from UCT—Americans and South Africans alike—that I still keep in touch with to this day, and the relationships that I have built with them are some of the deepest relationships that I have ever built!  Don’t get me wrong, UCT challenges its students academically, but I literally could not tell you how many sun-bathed afternoons I spent sitting on Jammie Steps and listening to the stories of someone’s life or talking about classes, music, politics, food, race, religion, sports, or whatever was on our minds that day.

Describe an experience abroad where you had to go outside of your comfort zone. How did it go?

I am a very introverted person.  Small groups are fine, but being around a lot of people at once is stressful.  That said, UCT has about 28,000 students on campus throughout the day, and it was initially very hard to find a quiet place to be by myself.  Eventually, I found one of the university’s many libraries and made that my go-to spot when I needed some peace and quiet on campus.  But as I got more accustomed to the people, sounds, and places around me, I spent more and more time outside and making new friends.  In hindsight, the decision paid off; I made most of my best friends that way.

What are some of the differences or similarities you noticed in the learning style or classroom experience while studying abroad? How did you navigate those and adjust?

One of the obvious differences was the size.  As a student at CWRU’s College of Arts and Sciences, I have grown used to class sizes of no larger than 30 people.  But at UCT, I was consistently in classes of 100-300 people.  These larger classes were accompanied by tutorials (a.k.a. recitations) where students would break into smaller groups and discuss the course material.  As familiar as this might sound to some STEM students, the difference lied within the languages being spoken around me.  South Africa has 11 official languages, and it was initially very difficult for me to discern whether I was hearing a different language, the professor’s accent, or both.  This made going to office hours and asking classmates for help essential.

Tell us about a time when it was clear you were no longer in America. What made you have this realization and how did you handle it?

In America, most people assume that I am black. So, it was clear that I was no longer in America when I was talking with a South African student on campus and she jokingly said: “You’re not black, you’re American!” For context, we had been having a conversation about race, but her comment still caught me off guard. And the more I tried to map America’s racial identities onto South Africa’s racial identities, the more I realized that the two are incompatible; "blackness” in America and South Africa are two different things, and this difference slowly became one of my favorite things to talk about and explore with South Africans, as well as other Americans!

Before I went to Cape Town, people would tell me that “studying abroad is a life-changing experience,” and I had a hard time believing them.  Initially, I thought that studying abroad was a chance to experience a different world, but this is only partially true.  Now, I would argue that we experience a different world every day through the people we meet and the places we go.  However, we are too busy to notice and reflect on the small differences that manifest through those people and places.  Thus, studying abroad is unique because it intensifies those small differences and gives people a chance to notice, critically reflect on, and be matured by the world of differences around them.

What are your career aspirations? How do you think your study abroad experience will help you in your career?

My ultimate career goal is to work in the Foreign Service of the U.S. Department of State.  To this end, I have been networking with Foreign Service Officers and asking them, among other things, what best prepared them for their current occupation.  Notably, the most common response I received was “the Peace Corps,” and in early February, I received and accepted an invitation to serve in the Peace Corps as a primary education teacher in Lesotho.  Admittedly, I am nervous, but I would be even more nervous had I not studied abroad. Said differently, I think that studying abroad in South Africa for a semester has helped prepare me to serve in Lesotho for the next two years.

What advice would you give to other CWRU students considering whether to study abroad?

(1) Apply to all of the scholarships that you can.  Ideally, studying abroad should be cost-neutral, if not cost-saving.

(2) Research your potential study abroad university and work with your advisors to make sure that there are classes you want to take and that you can transfer those classes as credit back to CWRU.

(3) Studying abroad is a chance for personal and professional growth!  So, consider choosing a program that is language-intensive, going somewhere that is completely foreign to you, or joining a club or society that you have never heard of before!