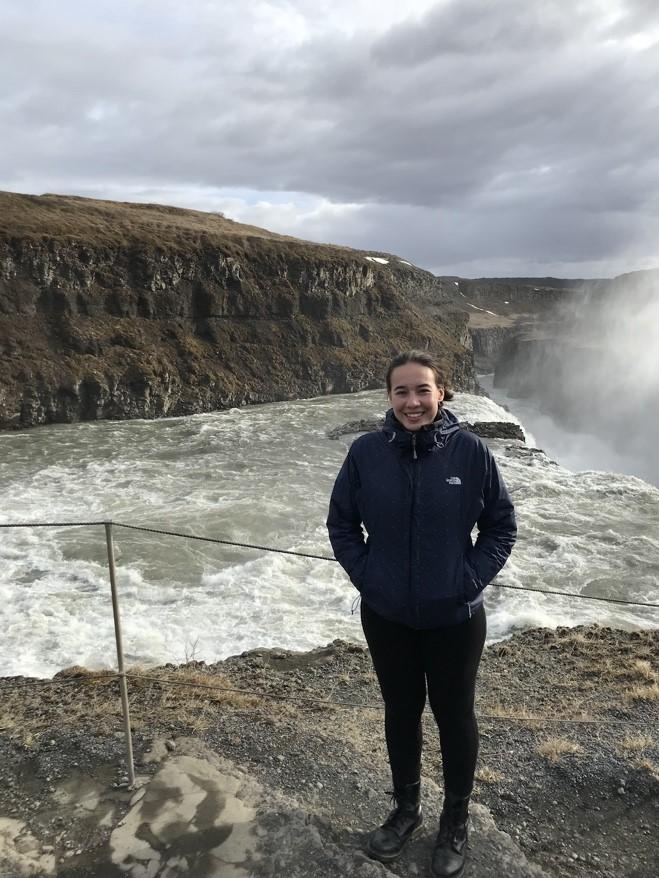 Madison Tse studied abroad for the spring 2018 semester at King’s College London in the United Kingdom. Then a pre-health student, Madison applied for and was accepted into KCL’s highly competitive Global Health and Society Programme, a pre-health study abroad program designed to give undergraduates hands-on medical experience via shadowing at various health institutions and participating in health simulations with medical actors. Read on to hear more about Madison’s semester in London!

What made you want to study abroad in King’s College London in London, UK?

I come from the suburbs, so I was interested in living in a more urban area. London appealed to me because it was a diverse city, with a rich history and a large presence of pop culture. I enjoyed the fact that in London, I was never bored because I could never run out of new things to try. King’s College London stood out to me because it had an engaging program for pre-medical students. It was important to me that my study abroad experience expanded my worldly knowledge and also applied to my academic interests. I had the opportunity to take seminars taught by physicians, shadow at multiple practices, and participate in simulations with medical actors. I think this hands-on approach was a great supplement to the lectures I have had so far in my college experience.

For both countries what I missed most was the people. This was the longest period of time that I had spent away from the US and with that from home. I missed my family, my dog, and CWRU friends a lot while I was gone. Here in the U.S., I miss my friends from London. In six months together we grew close so it was bittersweet to come home.

Name one thing about studying in London that you had heard about before studying abroad and were surprised it was actually true?

I had heard that people who went to study abroad in London and other places in the UK had a lot of flexibility in their schedule where they were able to visit many other European countries. I was surprised by how many other countries I was able to travel to while still attending classes every week. In Europe going country to country is the equivalent to going state to state in the US. I think what amazed me was that I enjoyed the brief glances I got into other cultures and the variety of my travels, but every time I was gone I actually became homesick for London. Being able to stay abroad for a semester gave me enough time to grow incredibly fond of my second home.

What is something that you found shocking when you first arrived in your study abroad country?

One thing I was really impressed by in London was the public transportation. I live near D.C. and our metro system is nowhere near as organized and user-friendly as the London transport. I lived in dormitory housing during my stay in the UK and was about 30 minutes from Guy’s campus, where I had a lot of my classes. Having a daily commute on the Tube everyday was a highlight to me because it made me feel like a native Londoner. When I got comfortable with the map and tube scheduling, I felt like I was comfortable with all of London. I never thought something so mundane would become comforting and enjoyable.

What are some similarities and differences between life in the U.S .and your study abroad country?

One thing I thought I wouldn’t have to worry about while in London was a language barrier because both speak English. When I arrived in London, I realized that speaking the same language doesn’t mean that you use the same slang and phrases. With the different pronunciations and colloquial sayings, I was hit with a minor culture shock. I adapted quickly and was excited to learn even more new slang from friends. Now that I am back in the U.S. some of it has stuck with me. Every time I tell my friends at CWRU that I’m headed back to my “flat” instead of my suite, I get some laughs.

I did not have as many hours of class while I was studying abroad as I normally do at CWRU. I greatly appreciated this because it gave me more time to spend exploring the city and also getting to know my friends. In the US, my schedule of classes and extracurriculars along with those of my peers is very full. It was nice to have time to relax, while still learning. My way of life abroad allowed me to step back and see that I want to better prioritize work-life balance.

Here at CWRU our classes tend to have multiple assignments that add up for a final grade. For all of my classes at KCL a majority of our grade was attributed to one final. This was interesting because during semester we didn’t have as much pressure for studying. The academic culture at KCL was more focused toward student’s self-studying with lectures to provide you with general information. This puts more responsibility on the student to be proactive in their own education.

I’ve learned that for many things, there is no one way to do it. What I do in my country, may not be the same way it is done somewhere else. The norm is also not always the “right” way. I was so grateful to have lived in a dorm with people from different countries, such as South Korea, the UK, China, Australia and Italy while I was abroad. I was learning while in classes, and also from my friends at home. I was willing to try eating and even making new foods, and learn about different every life experiences.