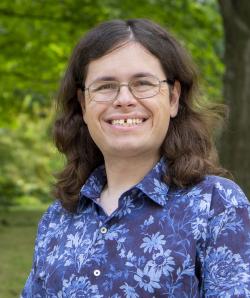 Alec Jokubaitis is responsible for the upkeep, accuracy, maintenance, and future of the technology systems that power the record-keeping for our international students and our students studying abroad. Alec manages the Center for International Affairs' two Terra Dotta systems, and works with those both in the Center and around campus to ensure that the Center's technological needs are being met. In addition, Alec coordinates the Center's work of entering new data into either system, and ensures we have the most accurate and useful information.

Alec received his bachelor's degree in civil engineering from Case Western Reserve University in January 2014. He began working for the office of International Student Services as a student assistant in May 2010. Upon his graduation, Alec joined the Center as a full-time employee and became the office's SEVIS Coordinator in January 2014. He transitioned into his new role as Business Systems Analyst in February 2017