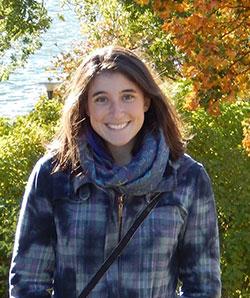 Where did you study abroad? How did you choose your programs?
I studied abroad at the University College Dublin in Ireland my sophomore year and again at Lund University in Sweden my senior year. The courses I needed to take at the time dictated which schools I applied to. I was able to take many core classes in Dublin and took all of my technical electives in Lund.

How has studying abroad changed your global perspective?
While studying in Sweden, I met people from more than 22 different countries covering 6 continents. I had conversations with many of them in which we compared educational systems, political systems, traditions, food, and other personal experiences growing up or traveling. I became much more open minded and realized that there are many ways to accomplish the same political, social, or economic goals.

How did classes you took abroad differ from courses offered on campus at CWRU?
The courses I took abroad relied heavily on independent study. In Sweden there was some homework, however most of it didn’t receive an official grade. Rather, it was required that homework, labs, and projects were completed satisfactorily. Most of the time, unsatisfactory parts of each assignment could be redone. Students were only allowed to take the final exam if they had adequately completed all other assignments. In most cases, the final exam made up the majority, if not the entire grade that was received for the course. Whereas American schools rely on extrinsic motivation in the form of due dates and grades, the schools in Ireland and Sweden rely on intrinsic motivation.

What was one thing you did abroad that you couldn’t have done in Cleveland?
While studying in Sweden, I became really good friends with a woman from France. It just so happened that her dad’s friend’s company had an empty flat in Gothenburg that they were willing to let us use for a weekend. We immediately accepted the offer spent three days in the city. Since we had a kitchen, we were able to buy and cook our own food for every meal, which really cut down on costs. Despite the short period of time, it really felt like we were living authentically in a large Swedish city.
While studying in Ireland, I took a bus tour through Connemara, which is an area of land on the West coast. It is one of the most beautiful areas I’ve ever traveled through. At one point our driver stopped the bus on the side of the road and asked all 40 of us to get off and stand in a field together. The field turned out to be a bog and when all 40 of us jumped together the ground wobbled beneath us. It was akin to the feeling you’d imagine having if you were able to stand on top of a gelatin cake.

What advice do you have for students who are considering study abroad
Students who are interested in studying abroad should plan for it as early as possible. Everyone should meet with their academic, study abroad, and financial aid advisors to discuss course selection and the logistics of traveling and acquiring visas. Finding the right program can be very time consuming, however I believe everyone can study abroad if they set their mind to it! CWRU’s program is so flexible since both long and short-term study abroad opportunities exist and there are many scholarships that help out monetarily.

What places are next on your bucket list?
I would really like to travel in Asia. I want to explore South Korea, Japan, Taiwan and Thailand.