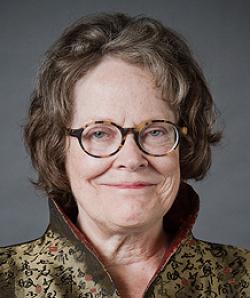 A member of the CWRU English department since 1986, Martha Woodmansee joined the law faculty in 2003. She served from 1990 - 2008 as Director of the Society for Critical Exchange, a national organization devoted to collaborative interdisciplinary research in cultural theory. Previously she taught at Columbia, Harvard, Northwestern, and the University of Pittsburgh. Dr. Woodmansee is best known for her path-breaking historical work at the intersection of literary, legal, and economic theory. Her extensive publications in this area include The Author, Art, and the Market (1994 Columbia University Press) as well as several books that originated at international interdisciplinary conferences she organized at CWRU -- The Construction of Authorship: Textual Appropriation in Law and Literature (1994 Duke University Press), The New Economic Criticism (1999 Routledge), and Making and Unmaking Intellectual Property: Creative Production in Legal and Cultural Perspective (2011 University of Chicago Press). Prof. Woodmansee holds a B.A. from Northwestern University and an M.A. and Ph.D. from Stanford University. A 2002 Guggenheim fellow and 2004 Fulbright fellow, her present research concerns the role played by book piracy in the emergence of international copyright during the nineteenth century, and the “fair use” rights of creative producers in our own era of globalizing entertainment franchises. She is a founding director, with Cambridge University professor Lionel Bently, of the International Society for the History and Theory of Intellectual Property.