We are pleased to present the 2020-21 Case Global eMagazine, which provides updates about the projects, events and publications of the international law program and faculty at Case Western Reserve University School of Law.

In 2021, we will be celebrating the 30th anniversary of the endowment of our program, which has grown through additional gifts to more $4 million, enabling us to be even more ambitious in our initiatives than ever before. In just the past year, we filed Amicus Briefs before the U.S. Supreme Court and the International Criminal Court; issued a White Paper on accountability for war crimes in Yemen; funded 41 international internships and study abroad opportunities for our students; and published the largest symposium volume in the 52 year history of our Journal of International Law.

We hope you will enjoy reading about these and other stories in this e-publication.

In 2018, the law school launched the Yemen Accountability Project (YAP), a student initiative to document and map war crimes and crimes against humanity in the Yemeni Civil War. Following two years of research, the YAP recently reached a major milestone, publishing its first white paper, “Aiding and Abetting: Holding States, Corporations, and Individuals Accountable for War Crimes in Yemen.” 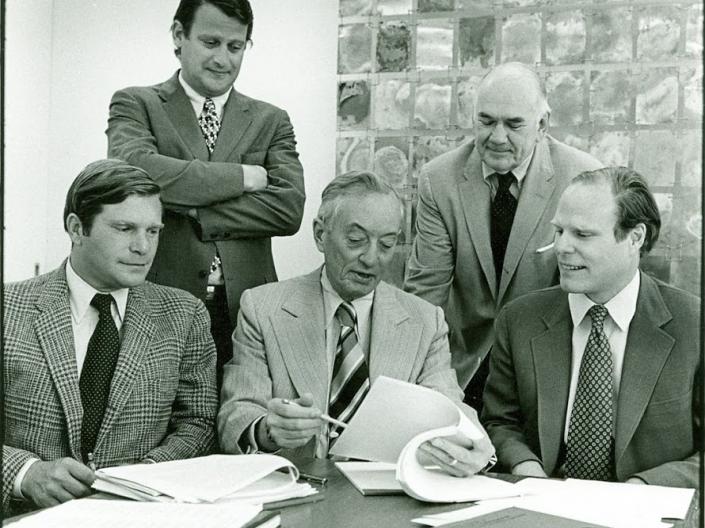 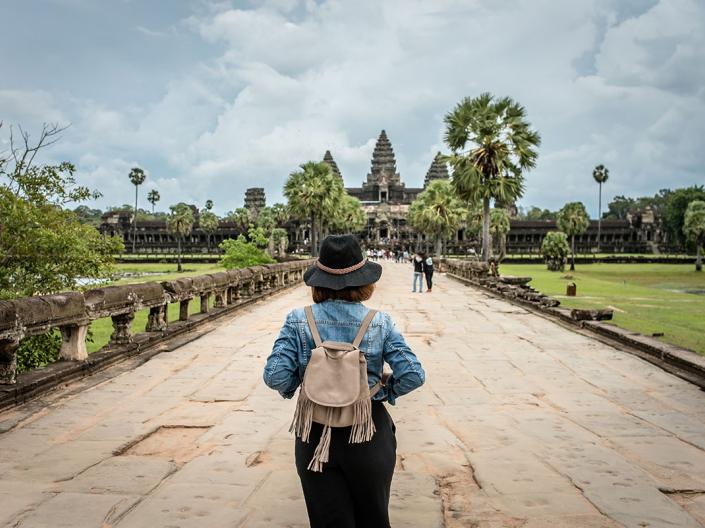 One of the most important ways the Frederick K. Cox International Law Center helps students launch their careers in international law is by providing more than $60,000 per year in grants to support summer, semester-long and post-graduate unpaid internships abroad or in the United States. In addition, the Klatsky endowment provides our students with two $4,000 funded internships at Human Rights Watch. See where Case Western Reserve law students have interned around the world.

We have dozens of alumni working in important positions in government agencies, international organizations, NGOs, corporations and law firms. From human rights to international trade, our graduates go on to be leaders in their professions throughout the world.

International Law Program Ranked in the Top 10 in 2020

For the third year in a row, the law school's international law program was ranked among the best in the nation, with an A+ rating in the Winter 2020 issue of PreLaw Magazine, a publication of National Jurist. The ranking was based on the strength of our program in several categories, including curricular offerings, concentrations, certificates, journals, clinics, moot court success and externships.

The Nov. 14, 2019 decision of the International Criminal Court (ICC) authorizing the ICC Prosecutor to pursue the case of crimes against humanity committed against the Rohingya liberally cites a report that was prepared by a team of CWRU faculty and alumni, including Dean Michael Scharf, Professor James Johnson, Professor Gregory Noone and alumna Margaux Day, titled, “Documenting Atrocity Crimes Committed Against the Rohingya in Myanmar’s Rakhine State.”

On Dec. 11, 2019, the U.S. Supreme Court heard arguments in Monasky v. Taglieri, a case in which CWRU law school played a significant part Three of our adjunct professors and alumni represented the petitioner and, in a first for the law school, the Frederick K. Cox International Law Center was invited to submit an amicus brief in the case.

Co-Dean Michael Scharf was the lead co-author of an amicus brief requested by the Appeals Chamber of the International Criminal Court (ICC) in The Prosecutor v. Bosco Ntaganda case. This is the first amicus brief that Scharf, who won a national book of the year award last year for his book about ad hoc international criminal tribunals, has filed before the ICC.

Stephen J. Petras, Jr., director of the Frederick K. Cox International Law Center and the U.S. National Director of the Canada - United States Law Institute, is leading a 13-student effort to develop a comprehensive compendium of the Canadian and U.S. laws that apply to the Great Lakes. This includes the treaties, compacts and agreements between the governments of the U.S. and Canada, the eight Great Lakes states and the two Canadian provinces, as well as the laws of these governments, their subdivisions, first nations and Indian tribes. 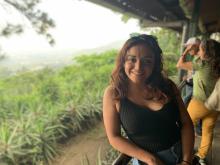 Last summer, law student Kristina Aiad-Toss spent two months in El Salvador interning for International Partners in Mission (IPM), a non-profit engaged in community development projects abroad. Aiad-Toss visited rural communities throughout the country, interviewing civilians who escaped massacres orchestrated by Salvadoran military fighters, guerilla fighters who took up arms in opposition to the military and community members living in areas that are now controlled by gangs. The testimonials formed the basis of the white paper co-authored by Aiad-Toss, “Aiding and Abetting Terror in El Salvador: Holding the United States Responsible for War Crimes Committed During the Salvadoran Civil War,” which was published by IPM in Feb. 2020. 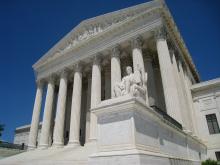 Professor Avidan Cover and two of our first-year students, Alicia Mallo and Leah Rothfeld, wrote an op-ed that was published in the Akron Beacon Journal and Cincinnati.com regarding the deportation of DACA recipients and its possible repercussions. 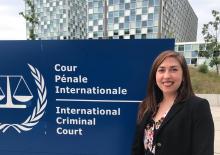 In response to the disruption from COVID-19, the leaders of CWRU’s Case Global program worked together to create an alternative arrangement for students who lost their summer placements, inviting them to work remotely for the summer as research fellows for one of the law school's Case Global centers, institutes and affiliated organizations.

For many years, our international law moot court teams have been among the most successful in the nation. The tradition continued in 2020 with our Jessup team winning the Chicago regional competition for the second year in a row and advancing to the international rounds for the ninth time in 20 years, including a world championship victory in 2008. Our International Criminal Court (ICC) team made it to the semifinals in the ICC Moot Court Competition for the Americas for the second year in a row and our Vis International Arbitration team placed highly in several of their pre-moots, including winning the competition in Athens, Greece.

On the most recent broadcast of "Talking Foreign Policy" on WCPN 90.3 FM, Co-Dean Michael Scharf discussed the crisis between the United States and Iran with four expert panelists in international law, human rights, military ethics and peace negotiations. The panel discussion examined whether the U.S. targeted killing of Iranian General Qasem Soleimani was a lawful act of self-defense under international law, if it was legal under U.S. domestic law and what is likely to come next.

Professor Juscelino Colares has been reappointed for the sixth time to serve on the U.S. Roster of NAFTA Chapter 19 Trade Arbitrators. Colares is the Schott-van den Eynden professor of business law and co-director of the law school’s Cox International Law Center.

Brian Gran, a professor in both the law school and the Department of Sociology, has been selected as a National Academy of Sciences Jefferson Science Fellow by the U.S. Department of State. During his year-long fellowship at the State Department, Gran will focus on children’s and human rights. 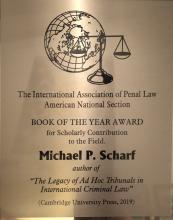 Dean Michael Scharf and his co-author Professor Milena Sterio of CSU were the recipients of the Association Internationale de Droit Penal’s 2019 Book of the Year Award for “The Legacy of Ad Hoc Tribunals in International Criminal Law” (2019, Cambridge).

François-Philippe Champagne, an alumnus of Case Western Reserve University School of Law, has been appointed Canada's Minister of Foreign Affairs. Champagne serves as Canada's top diplomat, tasked with handling foreign relations with the United States and China, among other important matters. Champagne is just one of the dozens of our alumni occupying important positions in government agencies, international organizations, NGOs, corporations and law firms around the world.

On February 25, 2020, the Case Western Reserve Journal of International Law hosted its first-ever alumni reunion at the Butcher and Brewer tavern in Cleveland.