Webinar Examines the Law and Economics of Climate Adaptation 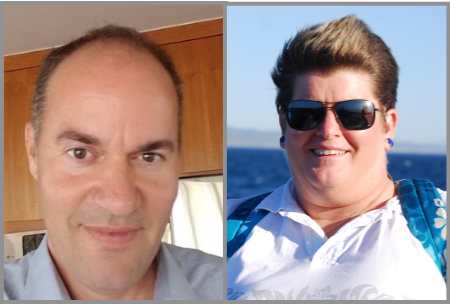 Professors Matthew E. Kahn of Johns Hopkins University and Robin K. Craig of the University of Utah discussed adaptation to climate change from both a legal and economic perspective in a webinar on April 28, 2021, sponsored by the Coleman Burke Center for Environmental Law. The webinar is available for on-demand viewing and for online CLE credit.

Professor Kahn opened the webinar by discussing his new book, Adapting to Climate Change: Markets and the Management of an Uncertain Future. “As we become better educated about the risks we face, prudent people will invest in the self precautions to protect themselves,” Kahn explained. His book examines a variety of potential ways to help adaptation to climate change such as promoting flexible capitalism, building vertically on higher ground, and bringing back the coast theorem.

Professor Craig addressed Kahn’s remarks, adding a legal perspective to his economic analysis. She agreed with Kahn and, drawing upon her extensive legal scholarship on climate change and adaptation, she highlighted the importance of legal flexibility in addressing the changes wrought by climate change.

This was followed by discussion and audience Q & A. Both Kahn and Craig responded to questions ranging from incentives for a higher quality of life and how the federal government can encourage adaptation at the local level.

The program was moderated by Center Director Jonathan Adler, and was just one of a series of programs sponsored by the Burke Center intended to showcase different views and perspectives on environmental law. Additional programs will be highlighted on the Center’s website.