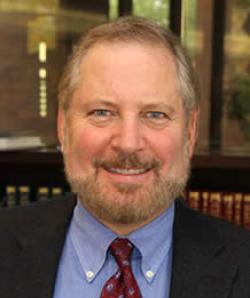 Gordon has taught various other JD courses over the years, including conflicts resolution, the lawyering process, pretrial practice and professional responsibility.

Gordon was one of the founding members of the Stephanie Tubbs Jones Summer Legal Academy for local high school students and was one of the inaugural mentors in the university’s Provost Scholars Program, for which he continues to work with local youth from East Cleveland. Gordon has also served as the faculty liaison for various externships with the U.S. Attorney’s Office, the Federal Trade Commission, the U.S. Equal Employment Opportunity Commission and several state Attorney General offices in Ohio and elsewhere. He is an active supporter of various student groups such as BLSA, SPILF and Street Law, as well as the law school’s Loan Repayment Assistance Program.

A graduate of Columbia University School of Law, Gordon began his legal career in private practice, focusing on civil rights and employment issues. Prior to joining the law school, he spent several years as a trial attorney for the U.S. Equal Employment Opportunity Commission, where he was involved in cases involving race, gender, religion, national origin, age discrimination, sexual harassment, retaliation and various class action matters. He has also served as a writing and litigation consultant for local and national law firms and corporate legal departments. He has been a long-time member of the Legal Writing Institute and the Association of Legal Writing Directors. Gordon has served as a guest speaker at numerous regional, national and international conferences devoted to legal writing and global legal skills education