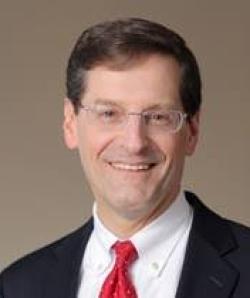 Stephen J. Petras, Jr., Director of the Frederick K. Cox International Law Center, also serves as the Chair of the Council of the Great Lakes Region and as Vice Chair of the World Affairs Councils of America.  The Council of the Great Lakes Region is a bi-national council that was established in 2013, as a member-driven, non-profit corporation that is dedicated to deepening the United States-Canada relationship in the Great Lakes economic region. The Canada – United States Law Institute of which Mr. Petras is the United States National Director, was a founding member of CGLR.  CGLR focuses on creating stronger, more dynamic cross-border collaborations in harnessing the region’s economic strengths and assets, improving the well-being and prosperity of the region’s citizens, and protecting the Great Lakes watershed for future generations. It achieves this by connecting regional leaders through the annual Great Lakes Economic Forum and sector dialogues, exploring key trends shaping the region and proposing solutions and strategies that move the region forward through public policy research, and acting as a strong voice for the region’s varied socioeconomic and environmental interests.  The World Affairs Councils of America is a national council for the more than 90 Councils of World Affairs across the United States.  WACA promotes understanding of international affairs and relations through its programs and educational initiatives for diverse, multi-generational audiences. WACA brings the world to classrooms, businesses, and institutions expanding informed, respectful public discourse about international relations and current events.

Mr. Petras retired from Baker & Hostetler LLP at the end of 2018 where he was a partner in the Business Practice Group.  He led BakerHostetler's International Industry Team from 1998 through 2012. He has been actively engaged in the international community of Cleveland and Northeast Ohio having served as the President of the Greater Cleveland International Lawyers Group, Chair of the International Section of the Cleveland Metropolitan Bar Association, Chair of the Board of the Cleveland Council on World Affairs, and President of the Cleveland World Trade Association. He is an Adjunct Professor in the International LL.M. program of Case Western Reserve University School of Law and was awarded Adjunct Professor of the Year in 2017. Dedicated to increasing international business in the U.S. and Ohio, Mr. Petras has been appointed by the U.S. Secretary of Commerce as a member of the Northern Ohio District Export Council and by Governor Voinovich as an Ohio Commodore.

Mr. Petras obtained his Juris Doctorate from Case Western Reserve University School of Law in 1979, and he obtained his Bachelor’s Degree in Physics from Wittenberg University in 1976.  Mr. Petras serves as a director and officer of several private companies involved in biomedical and other technologies.