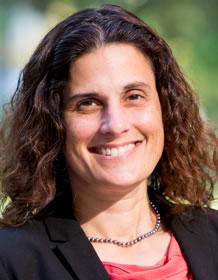 Jessica Berg, co-dean of the School of Law, was profiled in Crain's Cleveland Business “notable women in law” issue, highlighting her contribution to the school's restructured curriculum and the achievement of the school’s top pass rate on the Ohio Bar Exam.

In addition to the inclusion of Dean Berg, we are pleased that Adjunct Professor Margaret Wong and the following law school alumnae were also included in the 2018 Crain's list of "notable women in law":