For over a decade, International Prosecutors, Ambassadors, diplomats, human rights leaders, and legal scholars from around the world have come together to explore the importance of International Humanitarian Law, discuss its current implementation, and promote its expansion across the globe. As a unique force in the quest to bring Justice and increase Accountability worldwide, the distinguished attendees play an integral part in furthering a mission that is paramount to promoting fundamental human rights and the rule of law. 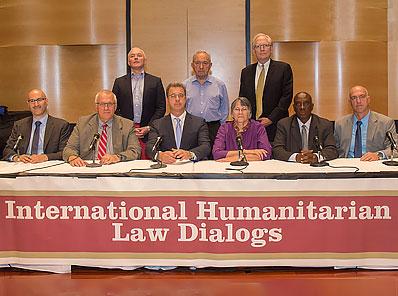