51 Imperfect Solutions: States and the Making of Constitutional Law

The Center for Business Law & Regulation

Video: 51 Imperfect Solutions: States and the Making of Constitutional Law

When we think of constitutional law, we invariably think of the United States Supreme Court and the federal court system. Yet much of our constitutional law is not made at the federal level. In 51 Imperfect Solutions, U.S. Court of Appeals Judge Jeffrey S. Sutton argues that American Constitutional Law should account for the role of the state courts and state constitutions, together with the federal courts and the federal constitution, in protecting individual liberties. The book tells four stories that arise in four different areas of constitutional law: equal protection; criminal procedure; privacy; and free speech and free exercise of religion. Traditional accounts of these bedrock debates about the relationship of the individual to the state focus on decisions of the United States Supreme Court. But these explanations tell just part of the story. The book corrects this omission by looking at each issue-and some others as well-through the lens of many constitutions, not one constitution; of many courts, not one court; and of all American judges, not federal or state judges. Taken together, the stories reveal a remarkably complex, nuanced, ever-changing federalist system, one that ought to make lawyers and litigants pause before reflexively assuming that the United States Supreme Court alone has all of the answers to the most vexing constitutional questions. If there is a central conviction of the book, it's that an under-appreciation of state constitutional law has hurt state and federal law and has undermined the appropriate balance between state and federal courts in protecting individual liberty. In trying to correct this imbalance, the book also offers several ideas for reform.

Jeffrey S. Sutton has served on the United States Court of Appeals for the Sixth Circuit since 2003. Before that, he was the State Solicitor of Ohio and a partner at Jones Day in Columbus. He has argued twelve cases in the United States Supreme Court and numerous cases in the state supreme courts and federal courts of appeal. Judge Sutton served as a law clerk to Justices Lewis F. Powell, Jr. (Ret.) and Antonin Scalia, as well as Judge Thomas Meskill of the United States Court of Appeals for the Second Circuit. Judge Sutton received his B.A. from Williams College and his J.D. from The Ohio State University College of Law. 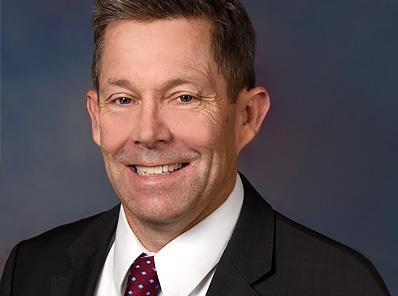