Since President Donald J. Trump’s inauguration, he has issued three different orders banning the entry of nationals from predominantly Muslim countries. From the moment the first order went into effect, the travel ban has been the subject of ongoing litigation.

Cover will address the competing claims at issue in the litigation over the President’s latest iteration of the travel ban. The lecture will explore the history of the federal government’s broad authority to limit immigration and address national security, to which courts have generally afforded great deference, while also addressing the continually developing anti-discrimination laws that protect people’s civil rights, which the Judiciary has zealously upheld.

The dispute over the travel ban perfectly illustrates the tensions between these histories -- the resolution of which will necessarily prove imperfect.

Avidan Y. Cover is Professor of Law at the Case Western Reserve University School of Law and Director of the Institute for Global Security Law & Policy. Cover teaches in the Civil Rights and Human Rights Clinic in the Milton A. Kramer Law Clinic Center, where he supervises students representing clients in civil lawsuits primarily in the areas of civil rights, including freedom of speech, unlawful force, and housing discrimination as well as documenting human rights abuses. He also teaches courses in constitutional law, race and American law and international humanitarian law. Cover’s scholarship focuses on human rights, civil rights and national security law. He has appeared in numerous news media, including The New York Times, Washington Post, BBC, CNN, MSNBC, CSPAN, FOX News and Court TV.

Prior to his appointment at Case Western Reserve, Cover taught at the Seton Hall University School of Law, where he supervised the Urban Revitalization Project in Newark, New Jersey. In addition, he was a Gibbons Public Interest and Constitutional Law Fellow from 2007 to 2009 during which time he litigated prisoner’s rights, same-sex marriage, national security and education cases in federal and state court. Cover also served as Senior Counsel in Human Rights First’s Law and Security Program where he researched and analyzed U.S. military and intelligence agencies’ interrogation and detention policies and practices. He holds a BA degree from Princeton University and a JD cum laude from Cornell School of Law. 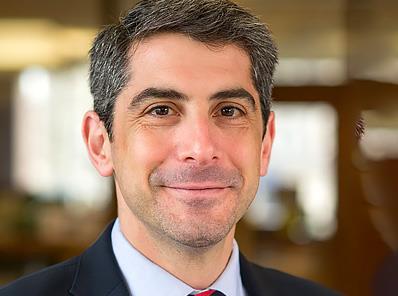