Digital Assets and Blockchain Technology: Assessing the Magnitude of Disruption in Securities and Capital Market Regulation

In December 2016, online retailer Overstock.com, Inc. became the first publicly-traded company to issue digital securities via blockchain in an SEC registered public offering. The Overstock offering utilized a publicly distributed proprietary ledger through which the company issued the securities, records their ownership and transfers in a decentralized digital environment, and allows secondary trading on an SEC regulated closed-system digital platform. Blockchains and the distributed ledgers on which they are based are disruptive technologies seen by many as having the potential to transform securities markets, and most recently demonstrating such potential for the structure of clearance and settlement systems, dramatically impacting the trade life cycle for capital markets, and also in aspects of corporate governance.

Blockchain technology has also opened the door to “tokenization,” the process of referencing an asset with a digital token, so that it may more easily and quickly be exchanged or subdivided. But tokenization has also led to creation of digital assets offered and sold only for the purpose of purchasing goods or services available through a network, or as a means to raise funds to develop an enterprise that holds out investment prospects to purchasers. “ICOs” –initial coin offerings— which are more precisely initial token offerings, bedevil regulators with the fundamental question whether token types are utility, security, currency, commodity, or hybrids? Where and how, if at all, do they fit within the existing market regulatory structures? Some have said that blockchain technology could lead us to capital markets utopia. In this discussion we settle for a better understanding of what all the fuss, and buzz, are about.

Robert Rapp is Visiting Assistant Professor of Law at the Case Western Reserve University School of Law. He was previously a Distinguished Practitioner in Residence. Mr Rapp teaches courses in Securities Regulation, Advance Securities Regulation and Law, Theory and Practice in Financial Markets. Bob has been a professor with the University since 1994. Previously Mr. Rapp was a Partner at Calfee, Halter & Griswold, LLP. 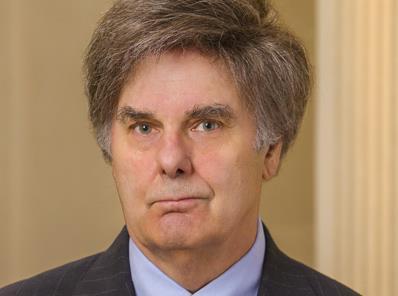