Empathy and Self-Awareness in Conflict Resolution: Are We Making Progress?

Dialogue, in contrast to discussion or debate, requires a willingness to deeply understand the other’s viewpoint, and what the underlying themes in that viewpoint mean to the other. It also requires a willingness to understand yourself and how you are contributing to the conflict. We will explore the past two decades during which positive psychology has enunciated as well as investigated the virtues and character strengths that undergird dialogue, examined new techniques of conflict resolution, and sought wisdom in philosophies both modern and ancient. Is this vast interdisciplinary endeavor yielding progress? How can the modern university become an engine of such progress in research, teaching, and practice across disciplines and professions?

An opinion leader, Stephen G. Post, Ph.D. is the best-selling author of Why Good Things Happen to Good People: How to Live a Longer, Happier, Healthier Life by the Simple Act of Giving (Random House). He has been quoted in more than 4000 national and international newspapers and magazines, including The New York Times, Parade Magazine, “O” Magazine, The US News & World Report, and Psychology Today. He has been interviewed on numerous television shows including Nightline, The Daily Show, and John Stossel.

A transformative speaker, Post has inspired thousands with the best of medical and philosophical knowledge based on thirty years of research. Across North America, Australia, Europe, Japan and India his positive psychology message centers on how giving and contributing to the lives of others impacts happiness, health, success, creativity and even longevity. He was described by Martin E.P. Seligman in his book Flourish as one of “the stars of positive psychology.” Post also addresses the ways in which empathic care enhances patient outcomes and professional well-being, the meaning of caring for “deeply forgetful” people, and ethical issues in Alzheimer Disease.

He has taught at the University of Chicago Medical School, Case Western Reserve University School of Medicine (1988-2008), and Stony Brook University School of Medicine (2008-), where he is Founding Director of the Center for Medical Humanities, Compassionate Care, and Bioethics (designated as a special strength of the Stony Brook School of Medicine by the LCME visiting committee 2011). He is an elected member of the College of Physicians of Philadelphia, the New York Academy of Medicine, and the Royal Society of Medicine, London. Post served as a Becket Research Fellow at St. Hugh’s College, Oxford. His research had been supported by the National Institute on Aging, the National Human Genome Institute, and the National Institute of Mental Health, as well as by numerous private foundations.

Post addressed the U.S. Congress on volunteerism and public health, and received the Congressional Certificate of Special Recognition for Outstanding Achievement. He was selected as the Public Member of the United States Medical Licensing Examination (USMLE) Composite Committee (2000-2005), and reappointed for “greatly appreciated contributions.” In 2012, Post received the Pioneer Medal for Outstanding Leadership in HealthCare from the HealthCare Chaplaincy Network. He received the Kama Book Award in Medical Humanities from World Literacy Canada in 2008, and the “top notch” public speaking award from the Ohio Endowment for the Humanities. Post served as Trustee of the John Templeton Foundation (2008-2014).

His writings were included in Best American Spiritual Writing in 2005. He has written eight scholarly books on generosity and compassionate care, and is the editor of nine others, including Altruism & Health: Perspectives from Empirical Research, and Altruism and Altruistic Love: Science, Philosophy and Religion in Dialogue, both published by Oxford University Press. In 2001 he founded the Institute for Research on Unlimited Love in 2001, named and supported by Sir John Templeton, who selected Post as President. The Institute is a free-standing Ohio-based non-profit 501(c) 3 public charity that researches and distributes knowledge on giving and its benefits.

Post’s book The Moral Challenge of Alzheimer’s Disease: Ethical Issues from Diagnosis to Dying (Johns Hopkins University Press, 2000, 2nd edition) was designated a “medical classic of the century” by the British Medical Journal (2009), which wrote, “Until this pioneering work was published in 1995 the ethical aspects of the one of the most important illnesses of our aging populations were a neglected topic.” Post is an elected Member of the Medical and Scientific Advisory Board of Alzheimer’s Disease International, and one of three recipients of the Alzheimer’s Association distinguished service award “in recognition of personal and professional outreach to the Alzheimer’s Association Chapters on ethics issues important to people with Alzheimer’s and their families” (1998).

Post received the 2017 Paper of the Year Award from the editors of The American Journal of Health Promotion for his paper “Rx: It’s Good to be Good (G2BG): Prescribing Volunteerism for Health, Happiness, Resilience, and Longevity.”

Post is the primary author of over 300 articles in peer-reviewed journals including Science, Annals of Internal Medicine, The New England Journal of Medicine, American Journal of Addictions, Journal of the American Academy of Religion, Social Philosophy, Nature, American Journal of Psychiatry, First Things, Dementia, Journal of the American Medical Association, and Lancet. An elected Fellow of the Hastings Center and a Senior Scholar of the Kennedy Institute of Ethics at Georgetown University, Post served as Editor-in-Chief of the definitive 5-volume Encyclopedia of Bioethics (Macmillan Reference/Gale, 2004), which was awarded “Best Reference Work” by the American Library Association. 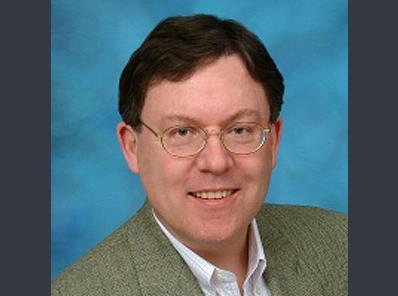 Stephen G. Post, Ph.D.
best-selling author of Why Good Things Happen to Good People: How to Live a Longer, Happier, Healthier Life by the Simple Act of Giving