Legal Perspectives on the Opioid Crisis: Law in the courts, the statehouses and the medical clinics

The Order of the Coif

The opioid crisis has produced a multipronged, interdisciplinary response in which law plays a central role. This talk will discuss the current litigation addressing the crisis, as well as legislative response, and the interaction between the law and the practice of medicine. This talk will be beneficial to attorneys working in the healthcare field as well as those working in criminal law as well as policy.

Abbe R. Gluck is a Professor of Law and the Faculty Director of the Solomon Center for Health Law and Policy at Yale Law School. She joined Yale Law School in 2012, having previously served on the faculty of Columbia Law School. She is an expert on Congress and the political process, federalism, civil procedure, and health law, and is the chair emerita of Section on Legislation and the Law of the Political Process for the Association of American Law Schools. Gluck has extensive experience working as a lawyer in all levels of government. Prior to joining Columbia, she served in the administration of New Jersey Governor Jon Corzine as the special counsel and senior advisor to the New Jersey Attorney General and in the administration of New York City Mayor Michael Bloomberg, as chief of staff and counsel to the Deputy Mayor for Health and Human Services, senior counsel in the New York City Office of Legal Counsel, and deputy special counsel to the New York City Charter Revision Commission. Prior to law school, she worked in the U.S. Senate for Senator Paul S. Sarbanes of Maryland. Before returning to government work after law school, Professor Gluck was associated with the Paul Weiss firm in New York. She earned her B.A. from Yale University, summa cum laude, and her J.D. from Yale Law School. Following law school, she clerked for then-Chief Judge Ralph K. Winter on the U.S. Court of Appeals for the Second Circuit, and for U.S. Supreme Court Justice Ruth Bader Ginsburg. Gluck’s scholarship has been published in the Yale Law Journal, the Harvard Law Review, the Stanford Law Review, the Columbia Law Review, the New England Journal of Medicine, Health Affairs, and many other journals. Among her most recent work is the most extensive empirical study ever conducted about the realities of the congressional law-making process (published in the Stanford Law Review) and the Harvard Law Review’s Supreme Court issue comment on King v. Burwell, the 2015 challenge to the Affordable Care Act. She also served as co-counsel on a Supreme Court brief in both King and the 2012 ACA challenge, NFIB v. Sebelius. Professor Gluck currently serves on numerous boards and commissions, including as an appointed member of both the Uniform Law Commission and the New York State Taskforce on Life and the Law, and as an elected member of the American Law Institute. In 2015, Gluck received the Law School’s teaching award. 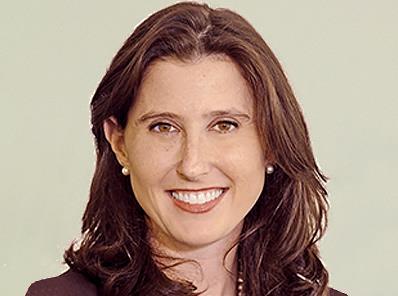