More than a Lawyer: How to Become an Internationally Renowned Attorney and Business Advisor in the Sports & Entertainment Industry

Sports & Entertainment Law Society and the Spangenberg Center for Law, Technology &; the Arts

Nance will discuss his journey to become one of the most highly sought after business advisers and legal counsels in the nation, with clients including Lebron James, Dave Chappelle and other notable celebrities.

This lecture will give attendees an inside look at the sports and entertainment field, teach the best practices for building a highly-regarded career as a commercial litigator and provide attendees exclusive exposure to recommended business practices and strategic career navigation advice from a top tier globally recognized legal professional.

Frederick R. Nance, Global Managing Partner and Head of the US Sports & Entertainment Group of Squire Patton Boggs is one of Cleveland's most revered legal practitioners across the country. Fred is a highly-regarded legal and business counselor, and a nationally-recognized Sports and Entertainment Law practitioner. His high profile practice ranges from involvement in an ongoing series of critical negotiations involving community interests in Northeast Ohio to serving as business counsel to NBA star LeBron James, comedian Dave Chappelle and other notable athletes and entertainers. He is also an experienced trial litigator in federal and state courts.

Nance serves on the boards of the Cleveland Clinic (as a fiduciary director), the Greater Cleveland Partnership and the publicly traded company RPM International Inc. He previously served for six years as an outside director to the publicly traded McDonald & Company Investments, Inc., where he was a member of the Audit and Compensation Committees. His previous nonprofit board service includes 10 years on the board of The Cleveland Foundation, as well as service on the boards of Team NEO, the Cleveland Museum of Art, the Catholic Diocese of Cleveland Foundation, and BioEnterprise, Inc.

From 1991 through 2001, Fred served as the primary outside counsel to the City of Cleveland and former Cleveland Mayor Michael White in a variety of impactful initiatives and development projects including spearheading the battle to keep the Browns in Cleveland and leading the litigation and negotiation that returned the Browns franchise to the city when the former owner relocated the team.

In 2015, Fred was inducted into the Northeast Ohio Business Hall of Fame in recognition of the leadership roles he has played in many high stakes community initiatives. He was the only lawyer inducted in the previous 16 years and only the seventh lawyer in the history of Cleveland to receive such recognition.

His Sports and Entertainment experience is extensive, including being selected from among several hundred candidates as one of five finalists for the position of Commissioner of the National Football League. Later, Cleveland Browns owner Randy Lerner asked Fred to join his team’s front office where he served for three years as the Browns General Counsel, while remaining a partner in the firm. In 2012, he was recognized by the seminal sports business publication Street & Smith’s Sports Business Journal as “certainly one of the top sports lawyers in the country.” He serves on the Advisory Board of the National Association of Black Sports Professionals and leads the firm’s US Sports and Entertainment practice. His firm leadership experience includes serving two four year terms on Squire Patton Boggs’ worldwide, seven-person Management Committee and as the firm’s Regional Managing Partner. 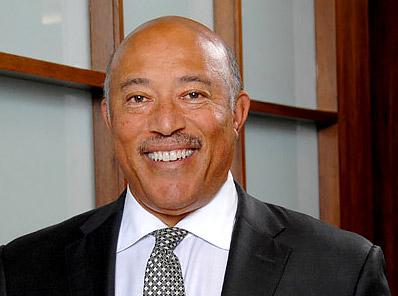 Online registration available or register at the door