Surveying the Patent Eligibility Landscape: Insights into the Current State of 35 U.S.C. 101

Sponsor: The Spangenberg Center for Law, Technology and the Arts Conference

3 hours of CLE credit has been approved

Meredith Addy is recognized as one of the country’s leading IP litigators. She has been featured in Law360 as a Female Powerbroker, was named one of the most influential women in IP law, and has been inducted into the Law Bulletin Publishing Company’s 40 Under Forty Hall of Fame, a list of the 40 most recognized lawyers nominated for 40 under 40 in its history. Ms. Addy has handled hundreds of litigations in the U.S. District Courts, at the Patent Trial and Appeal Board, and before the U.S. Court of Appeals for the Federal Circuit. She has also testified before the U.S. Congress to address issues relating to the state of patent law and the Federal Circuit. Ms. Addy holds a B.S. in Electrical Engineering from Rice University, a J.D. from the University of Georgia School of Law, and an MBA from the University of Chicago. She has held leadership positions at several AmLaw 100 firms and also clerked for the Honorable Paul R. Michel at the U.S. Court of Appeals for the Federal Circuit.

Susan Gerber holds a B.S. in Natural Science, and a J.D. from the University of Akron. She clerked for Judge Alice M. Batchelder on the United States Court of Appeals, Sixth Circuit. Ms. Gerber focuses on patent infringement litigation and appeals. She has significant experience in a multiple facets of patent infringement litigation. She has coauthored numerous publications regarding patent litigation, including a recent two-part article on the uncertainty life science patents face after the Alice decision. Ms. Gerber has also served as an adjunct professor at the University of Akron School of Law instructing first-year students in writing appellate briefs, preparing and presenting oral appellate arguments, and writing research memoranda.

Michelle K. Holoubek holds a B.S. in Physics from Louisiana State University and a J.D. from George Mason University School of Law. She specializes in software, digital healthcare, bioinformatics, and optical technologies. Patent-eligible subject matter is Ms. Holoubek’s area of expertise. She has handled hundreds of software and business method applications at the PTO. Ms. Holoubek has prepared and prosecuted patents to develop portfolios for startups and Fortune 100 companies alike. Additionally, Ms. Holoubek is a contributing author of Patent Office Litigation, Second Edition, published in 2017.

Jeremiah Frueauf holds a B.S. in Chemistry/Biochemistry from Ohio University, a M.S. in Biochemistry from Michigan State University, and a J.D. from Georgetown University Law Center. His graduate work at Michigan State focused on analysis of the structure/function relationships of the enzymes involved in starch and glycogen biosynthesis. Mr. Frueauf counsels domestic and international clients on patent procurement and protection of complex worldwide patent portfolios. He counsels clients across the life sciences spectrum, from small and large molecule development, to bio-based products for the bioeconomy, to personalized medicen, molecular diagnostics, and biosensors. Mr. Frueauf has extensive experience advising clients on patentability issues. He is also a contributing author of Patent Office Litigation.

Craig A. Nard is the Galen J. Roush Professor of Law and the Director of the Spangenberg Center for Law, Technology & the Arts. He is also a Senior Lecturer at the World Intellectual Property Organization Academy at the University of Torino, Italy, and Principal Advisor to the Center for Studies and Research in Intellectual Property in Calcutta, India.

Nard practiced intellectual property law in Dallas, Texas prior to becoming the Julius Silver Fellow in Law, Science, and Technology at Columbia University School of Law. After his fellowship, he clerked on the United States Court of Appeals for the Federal Circuit in Washington, D.C. for the Honorable Helen W. Nies, and then the Honorable Giles S. Rich. Nard has published in various law reviews, including the Northwestern Law Review, Georgetown Law Journal, Minnesota Law Review, Illinois Law Review, Boston University Law Review, Indiana Law Journal, Harvard Journal of Law & Technology, Review of Law & Economics, William & Mary Law Review and the Wake Forest Law Review. He is also the author of the patent law casebook, The Law of Patents (Aspen Publishers 3d Ed. 2014), and The Law of Intellectual Property (Aspen Publishing - 4th Ed. (2014) (with Madison and McKenna).

In 2014-15, Nard was voted "Professor of the Year" by the First-Year law school class. This award is given to those professors who best contributed to the first year law school learning experience. 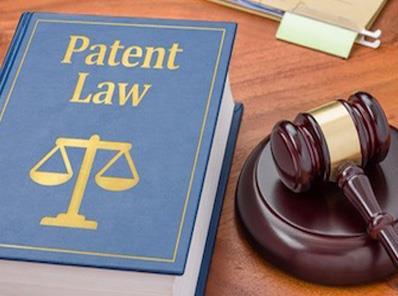