Update on Congressional Redistricting in Ohio

In May 2018, the voters of Ohio approved changes to the Ohio Constitution, reforming the way Ohio will draw federal congressional district lines after the census in 2020. These reforms were promoted by citizen group coalition led by Common Cause of Ohio and the League of Women Voters of Ohio. Almost immediately thereafter, the ACLU of Ohio and the League of Women Voters of Ohio filed suit challenging the congressional district lines currently in effect. If successful, this lawsuit could require that district lines be redrawn before the congressional elections in 2020. CWRU Adjunct Law Professor and League of Women Voters activist Catherine LaCroix will discuss (1) the Ohio and federal constitutional contexts, including a comparison of the relative roles of citizen activism and litigation in promoting legal change; (2) the details of the voter-adopted reform, and (3) the theories behind and possible implications of the federal lawsuit.

Catherine LaCroix teaches courses including environmental law, land use law, and federal court jurisdiction at Case Western Reserve University Law School. She is a former partner in the environmental practice group at Hogan & Hartson, LLP, Washington, D.C. (now Hogan Lovells LLP), where she had a regulatory legal practice focusing on environmental health and safety regulation, including compliance counseling, legislative advocacy, consultation on environmental matters in real estate and other commercial transactions, appellate litigation, and administrative proceedings under a range of federal statutes. She clerked for the Hon. Stephen Breyer, U.S. Court of Appeals for the First Circuit. Prior to law school she worked on the staffs of U.S. Senator John C. Culver and U.S. Senator Dick Clark in Washington, D.C. She is a graduate of Harvard College (cum laude) and the University of Michigan Law School (magna cum laude). In recent years she has published and lectured on a range of topics concerning environmental issues in land use, including Urban Agriculture and the Environment, 46 The Urban Lawyer 227 (Spring 2014), Urban Green Uses: The New Renewal, Planning & Environmental Law (APA), May 2011, and Urban Agriculture and Other Green Uses: Remaking the Shrinking City, 42 The Urban Lawyer 225 (Spring 2010), reprinted in P. Salkin, Ed., 2011 Zoning & Planning Law Handbook (West). In 2012 she presented work on legal issues associated with downsizing infrastructure in older cities, as part of an EPA regional workshop, Retooling Infrastructure as a Strategy to Advance an Older Industrial City’s Future Vision (Detroit, April 24-25 2012). 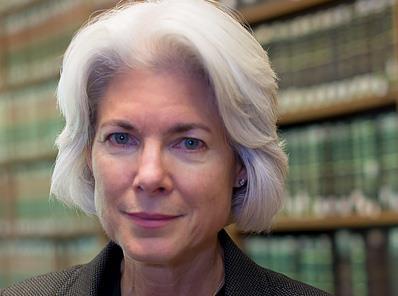