To the extent we can even refer to an American healthcare “system,” it functions brilliantly…to make money for executives and majority shareholders. American healthcare is already twice as costly as other comparable nations and these costs are growing faster than inflation or wages while one third is a result of waste, fraud, and abuse. With a rapidly aging population, healthcare will soon surpass a fifth of our economy.  Of course, the American healthcare system does not function brilliantly when one considers the perspective of patients and over-extended primary care providers.  Health is incidental and often an unexpected  (but welcome!) outcome of the system given trailing national health indicators, disparities, millions of uninsured and underinsured persons, and that healthcare itself is our nation’s third leading cause of death.  This current healthcare model is unsustainable and undergoing profound change, irrespective of the proposed American Healthcare Act and White House budgetary cuts for health and science research.  Changes in payment models, technology, decentralization, wellness, public health approaches, and data availability have the potential to meaningfully address social determinants of health and an embrace of a new holistic approach to health. However, implementing this change will be “complicated,” as it will entail a profound reordering of economic, policy, and legal priorities to place the interests of individual and public health first.

Dean Ali S. Khan, MD, MPH Ali S. Khan, MD, MPH, is a former Assistant Surgeon General and current Dean of the College of Public Health at the University of Nebraska Medical Center (UNMC). Dr. Khan’s professional career has focused on health security, global health, and emerging infectious diseases. He completed a 23-year career as a senior director at Centers for Disease Control and Prevention (CDC), which he joined as a disease detective, and where he led and responded to numerous high profile domestic and international public health emergencies. Dr. Khan was also one of the main architects of CDC’s public health bioterrorism preparedness program. As Dean of the UNMC College of Public Health, his focus is on health system and community based health transformations. His vision is for the College to play an integral role in making Nebraska the healthiest and most equitable state in the Union as a national and global model for wellness. Dr. Khan received his medical degree from the State University of New York Downstate Medical Center in Brooklyn and has a Master of Public Health from Emory University’s Rollins School of Public Health. He completed his pediatrics and internal medicine training at the University of Michigan. He has authored numerous papers and publications and consulted extensively for multiple U.S. organizations, ministries of health, and the World Health Organization. In 2015 he supported response activities for the West Africa Ebola outbreak in Sierra Leone as a World Health Organization (WHO) consultant. Dr. Khan is the author of The Next Pandemic: On the Front Lines Against Humankind’s Gravest Dangers. 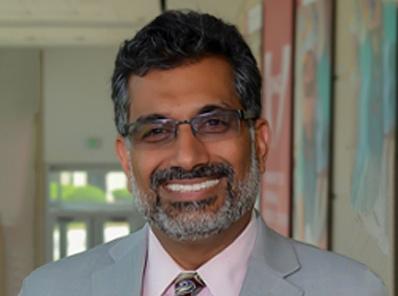