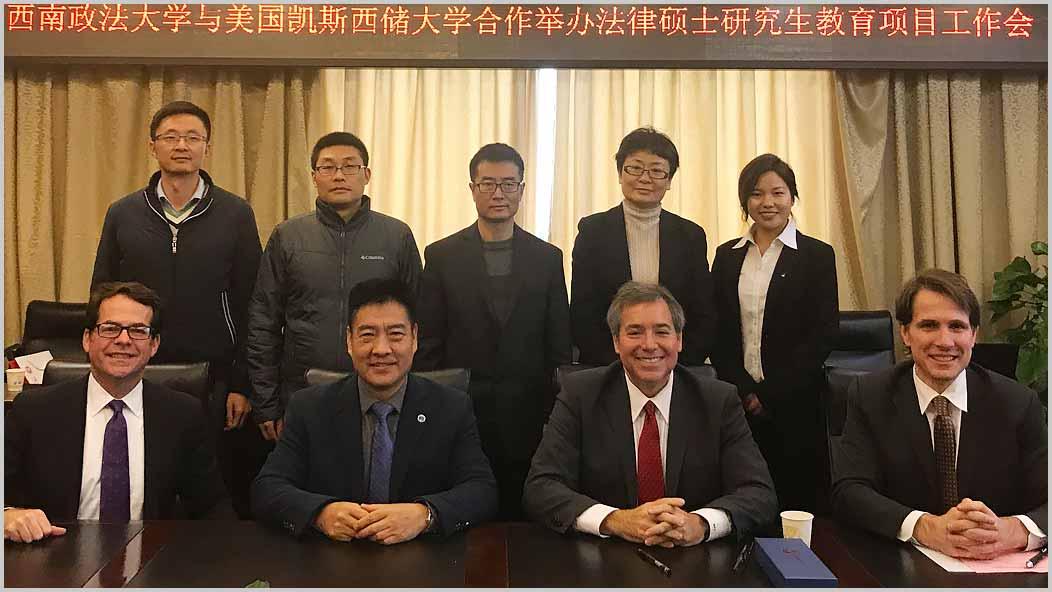 In Shanghai, Michelle Gon (J.D. 1985) hosted a wonderful reception at the new offices of McDermott, Will and Emery, where she is a Partner. Dean Scharf also presented his latest research, on the impact of the Trump Administration on the formation of international law, at East China University of Political Science Law—another valued partner school. His article is forthcoming from the Chicago Journal of International Law.

The delegation then visited Hangzhou, meeting with old friends at Guanghua Law School, Zhejiang University. The delegation hosted a dinner for educators from around Zhejiang Province at West Lake, Hangzhou’s most famous cultural attraction, and one of China’s most beautiful natural scenes. This will likely lead to new partnerships with other Chinese law schools.

The group then traveled to Chongqing, hosting another reception and meeting with representatives from Southwest University of Political Science and Law. The two sides discussed the newly launched Joint Program in International Commercial Law and Dispute Resolution. This program—the first and to date only joint program in law approved by the Chinese government—will teach the ins and outs of international business law to the next generation of transnational Chinese lawyers. Professors Turner and Webster then spent two weeks teaching International Contracts and International Investment Law respectively to the 41 students currently in this program. 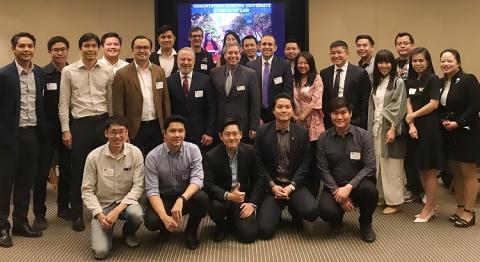 Dean Scharf then left for Bangkok, where he met Assistant Director of Development, John Coorey. The pair hosted another well attended alumni reception, met with Thai educators, and put into place new agreements with Assumption University School of Law.

The law school boasts over 400 alumni working at the highest levels of government, private practice, and academia throughout Asia. “We are enormously fortunate to count such loyal, talented, and accomplished lawyers as our alumni,” said Professor Webster, the law school’s Director of Asian Legal Studies. “We are excited about our new initiatives in Asia, and look forward to educating another generation of legal talent.”