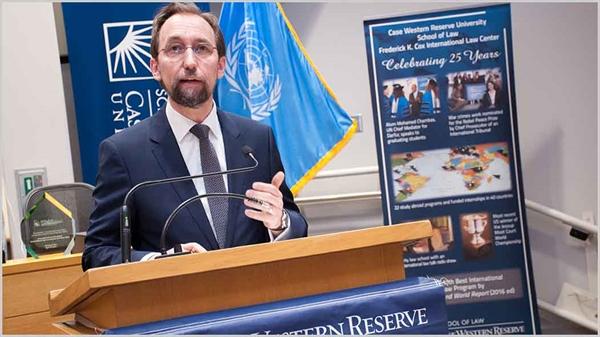 For the second year in a row, Case Western Reserve University School of Law’s International Law Program was ranked among the top in the nation, with an A+ rating, according to the Winter 2019 issue of PreLaw Magazine, a publication of National Jurist. View the ranking, which was based on the strength of CWRU’s International Law program in several categories, including curricular offerings, concentrations, certificates, journals, clinics, moot court success, and externships, on the electronic version of PreLaw Magazine.

Case Western Reserve is the only law school with a foreign policy talk radio program, it is the most recent U.S. law school to win the world championship of the Jessup International Law Moot Court competition, and its war crimes research office was nominated by an international prosecutor for the Nobel Peace Prize.