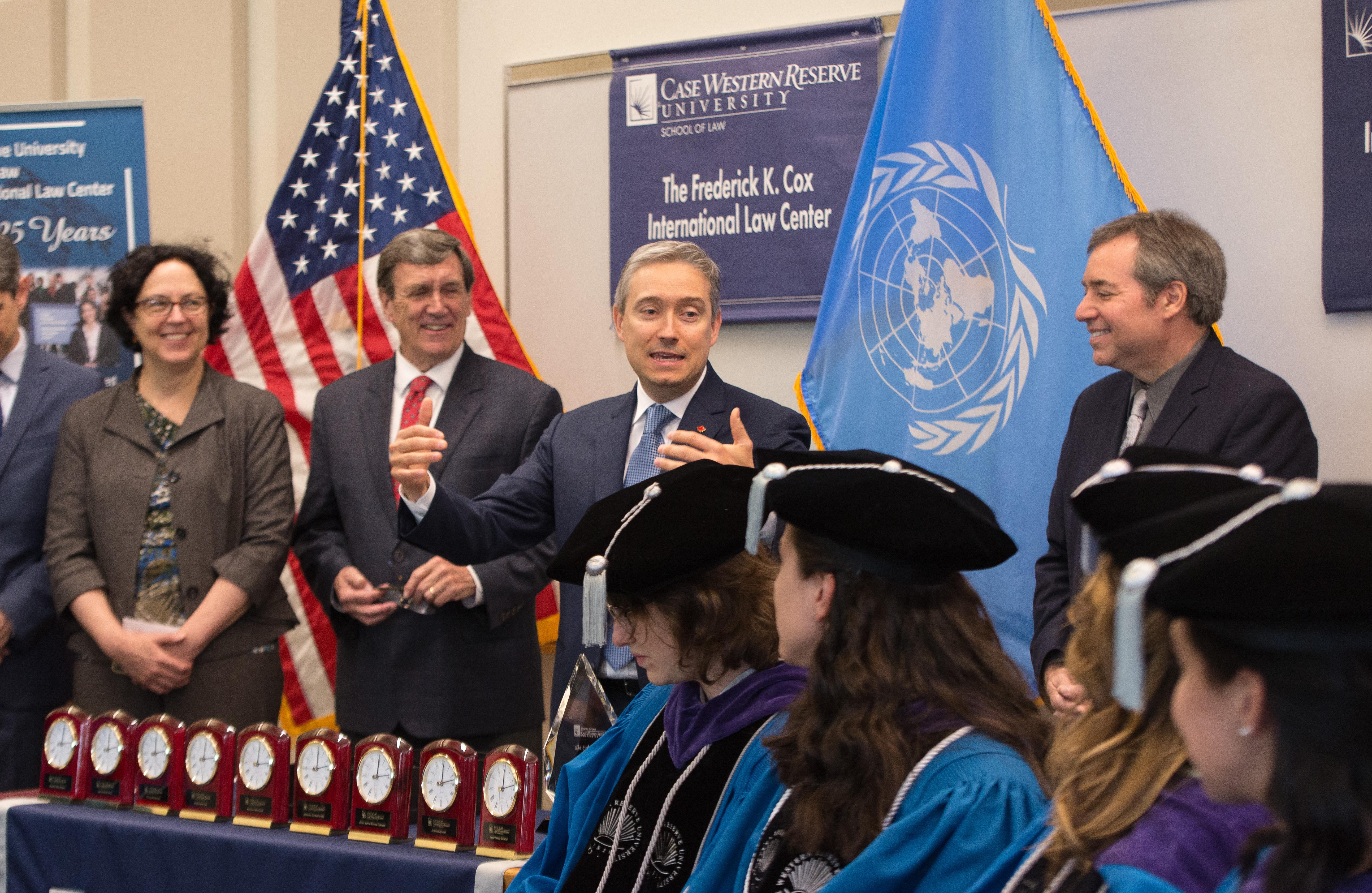 François-Philippe Champagne, an alumnus of Case Western Reserve University School of Law, has been appointed Canada's Minister of Foreign Affairs. As such, he serves as Canada's top diplomat, tasked with handling foreign relations with the United States and China, among other important matters. Champagne previously served as Canada’s Minister of International Trade and Minister of Infrastructure and Communities.