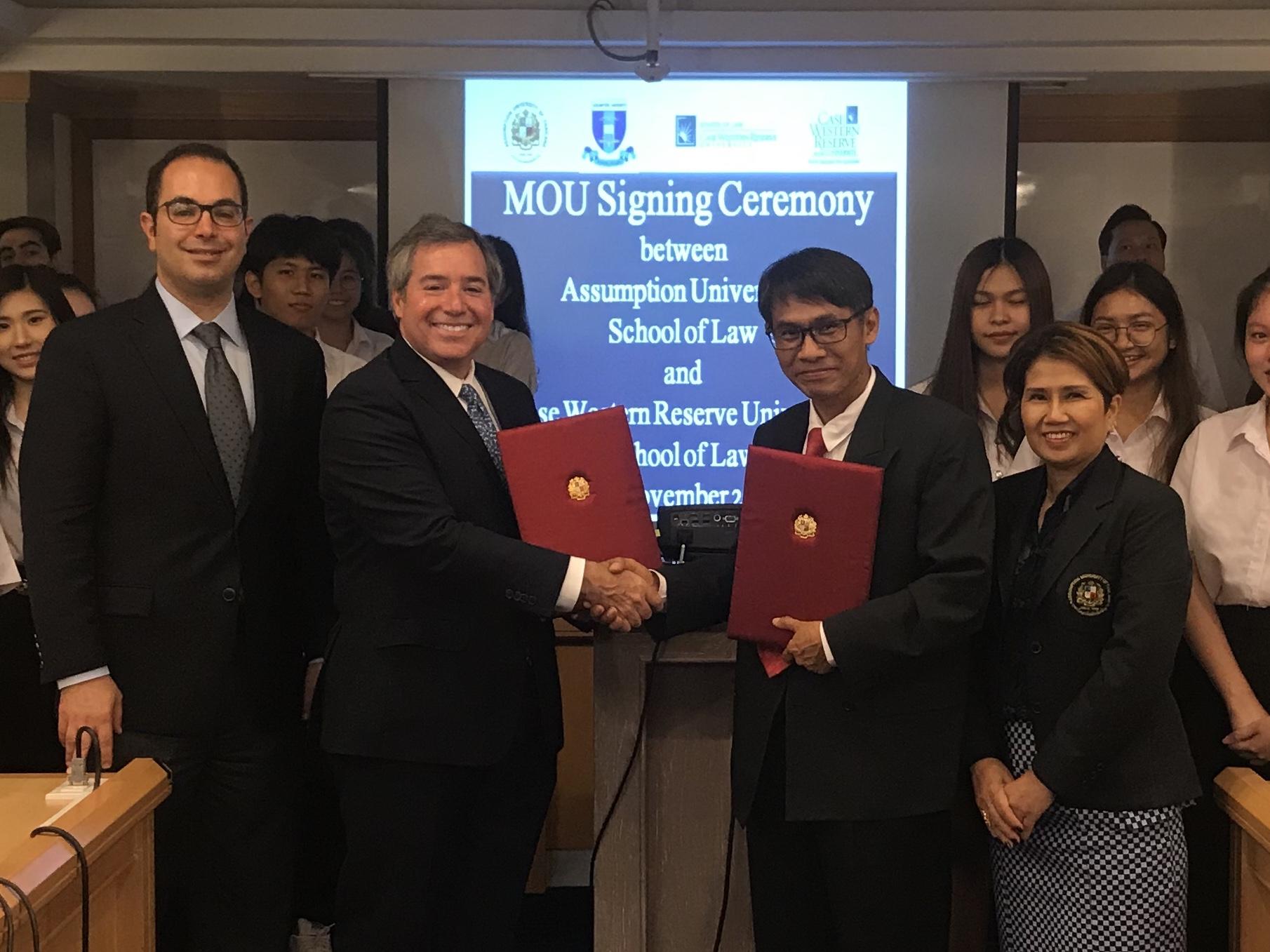 Scharf and Assumption Dean Stephen Naluang signed the Agreement at a special ceremony on November 6, attended by alum Chris Rassi ‘02 (to Dean Scharf’s left), who recently moved to Bangkok as head of the Regional Office of the International Federation of the Red Cross.

The Agreement creates a “3+1” and a “1+1+1” program under which Assumption students can undertake the final year of their LLB or their Masters at CWRU and obtain both the CWRU LLM and the Assumption degree at the same time.  Assumption University is celebrating the 50th anniversary of its establishment this year.  Dozens of Assumption grads have obtained their LLMs from CWRU, including judges, professors, and partners at top Thai law firms.