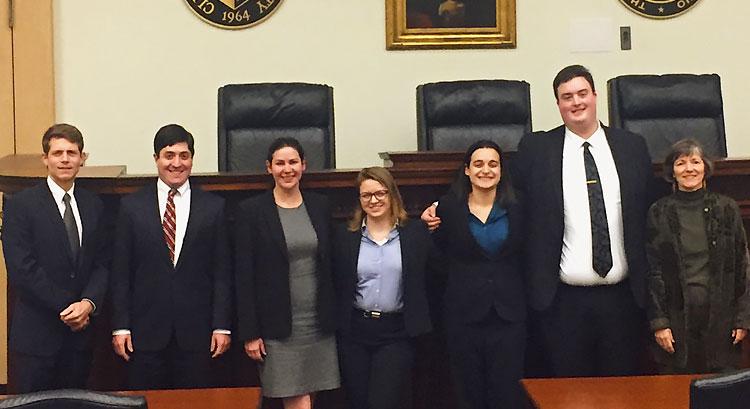 The CWRU School of Law team of John Gardner and Sarah Lucey made it to the Finals of the Regional Rounds of the National Moot Court Competition that was held at Cleveland State on November 16-18. The Final Round bench included the newly-elected Honorable Melody Stewart of the Ohio Supreme Court. While CWRU came in second, both Final Round teams advance to the National Rounds in New York City in January 2019. Professors Kathryn Mercer and Timothy Duff co-coached the two CWRU teams that competed in the event. This success followed the second place finish of the CWRU Mock Trial Team last month. CWRU’s Moot Court and Mock Trial teams will be competing in several other tournaments in the upcoming months.