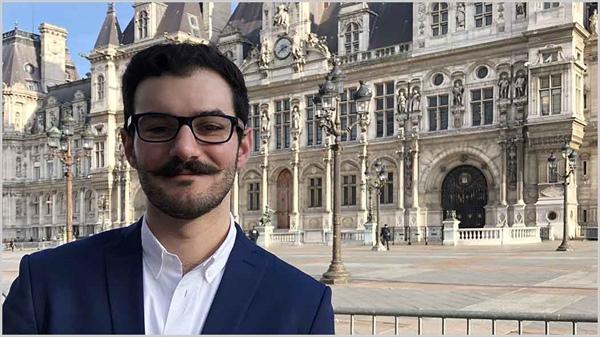 Third year law student Garo Yaghsezian spent this year at the University of Paris - Dauphine obtaining a concurrent degree in a program unique to CWRU Law School.  Not only is he earning a French LLM degree in international business law at the same time as his JD at Case for no extra cost, he just received a job offer at Kramer Levin Naftalis & Frankel in their Paris office.  “If it wasn't for the double degree program, I would not have been able to make this goal a reality,” said Yaghsezian in an e-mail from Paris. Kramer is a New York-based global law firm with twenty practice areas.

Yaghsezian is one of several CWRU law students who have used the law school’s Concurrent Degree Program in Paris as a stepping stone for their dream job.  After her year in Paris, Kristina Moore ('17) went on to an Associate position in the International Arbitration practice at Jones Day, the largest law firm in the world.   Similarly, 3L Douglas Pilawa will be starting in Squire Patton Boggs’ International Arbitration Practice after he returns from his year in Paris and graduates in May.