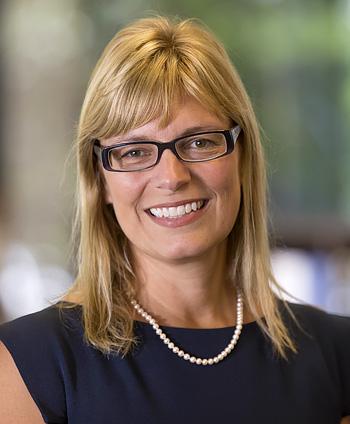 Professor Jessie Hill represented Preterm, a nonprofit reproductive health center, on September 26 in a landmark abortion rights case before the Ohio Supreme Court. Hill argued in favor of Preterm’s right to challenge anti-abortion amendments that were unconstitutionally inserted into the 2013-2014 state budget bill. The trial court ruled that Preterm did not have legal standing to bring the lawsuit, but that decision was overruled by the Eighth District Court of Appeals in 2016. The state appealed that decision to the Ohio Supreme Court.

“As a critical abortion provider in Northeast Ohio, Preterm has an unquestionable interest in the abortion restrictions the General Assembly enacted as a part of the 2013 state budget bill,” said HIll, who teaches courses in constitutional law.

“The 3 amendments that aim to restrict access to reproductive health services must be struck from the current law, as they were log-rolled onto an unrelated bill in violation of our constitution’s single-subject rule,” continued Hill. “The anti-abortion amendments were tucked into the 3,000 page budget bill at the last minute, behind closed doors, and without public comment. This lawsuit is as much about a fair and constitutional legislative process as it is about reproductive justice.”

Hill also teaches a course in Reproductive Rights, in which her students helped her prepare for the oral argument.

"It's exciting to see the issues we discuss in the classroom having significant, real-world implications," said Jessica Edelstein, a third-year student in Hill's class.