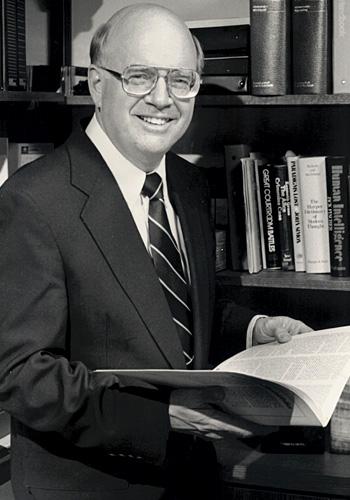 In October 2017, Jim McElhaney, one of CWRU’s most famous law professors, passed away.

McElhaney was a gifted teacher and author, who was best known for his monthly column on courtroom tactics which ran in the ABA Journal from October 1987 to September 2011 -- an output of more than 260 columns over 25 years.

CWRU made him one of the country’s first law professors teaching litigation skills to receive an endowed chair, the Joseph C. Hostetler Professor of Trial Practice and Advocacy. This historic appointment helped trial advocacy gain credibility as part of the curriculum for law schools across the nation and launched the experiential education movement for which CWRU is now known as a leader.

After teaching at CWRU from 1978-2002, McElhaney retired to Albuquerque, NM, where he continued to contribute to the ABA Journal. In October 2012, the ABA Journal published a feature story about him as one of the educators whose influence on trial tactics was most profound.

According to the ABA Journal, a key element of McElhaney’s approach was the conviction that good trial lawyers must be effective storytellers. In that, he was one of the best!