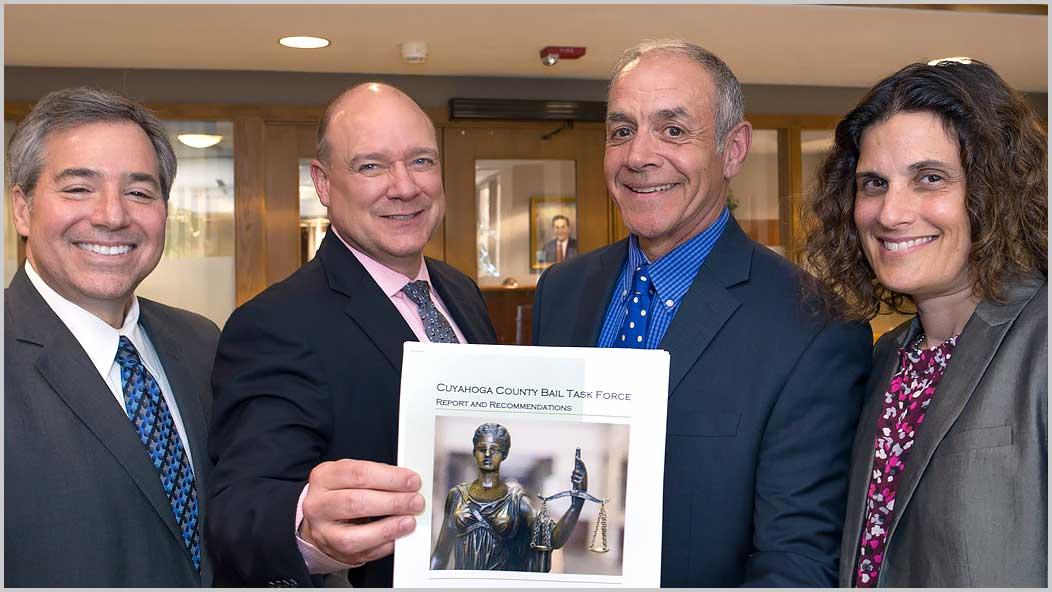 Last year, John Russo, the Presiding Judge of Cuyahoga County, asked Co-Deans Jessica Berg and Michael Scharf to help him create a task force on bail reform for the Cleveland area courts. Case Western Reserve Law Professors Carmen Naso, Lew Katz and Mike Benza were selected to co-chair three of the task force’s four subcommittees, and Professor Naso played a leading role in drafting the task force’s final report, which was issued in March. Berg and Scharf, along with the Dean of Cleveland Marshall College of Law and the President and Executive Director of the Cleveland Metropolitan Bar Association, co-chaired the steering committee under which the initiative was undertaken. If adopted, the task force’s proposals could dramatically change how the county's courts operate, as well as the mechanisms by which bail is set for the accused. At a meeting of the Cleveland area judges in mid-May, the reforms received approval, and the next step is to gain support of the area mayors.