From February 16-18, two CWRU teams competed in the ABA National Appellate Advocacy Competition in Portland, Oregon. The team of 3Ls Krithika Rajkumar and Stephanie Starek finished the competition with a 4-1 record and beat Miami in the fifth round to earn a berth at the National Finals, which take place in Washington, DC from April 5-7. 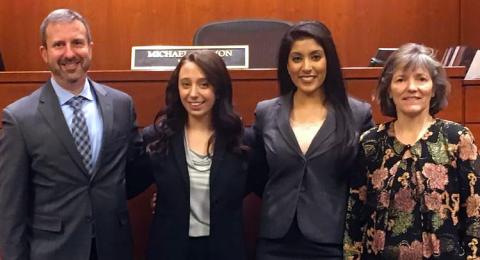 This year's competition problem involves the Americans with Disabilities Act and considers whether police departments must make accommodations to mentally disabled individuals in the arrest and station-house-interview contexts. The CWRU teams were coached by Professors Katy Mercer and Andrew Pollis. 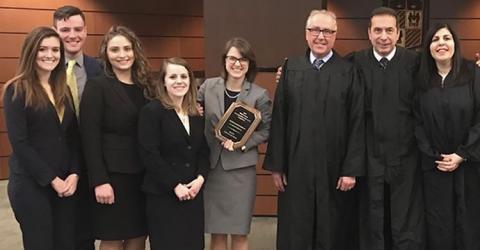 The CWRU team won a best brief award and team member Alex Lilly was recognized as one of the top ten oralists in the Regional Competition. After excelling in the preliminary rounds, the CWRU team advanced to the Quarter Finals where they defeated Loyola Law School of Chicago. Next, CWRU beat Wisconsin Law School in the Semi Finals. CWRU ultimately came in second to Wayne State in the Finals; the top two teams both earn a berth in the prestigious International Rounds in Washington, DC.

This is the seventh time in thirteen years that the CWRU Jessup team has progressed to the International Rounds of the Jessup Competition; CWRU is the last US school to have won the World Championship. Ripped from the headlines, this year's Jessup competition problem involves the legitimacy of use of force against perceived threats to national security. The CWRU Jessup team is coached by alumni brothers Chris McLaughlin (partner at Jones Day) and Conor McLauglin (partner at Thompson Hine).

Stay tuned to Trending for an update on how the CWRU teams do in the upcoming D.C. Competitions. 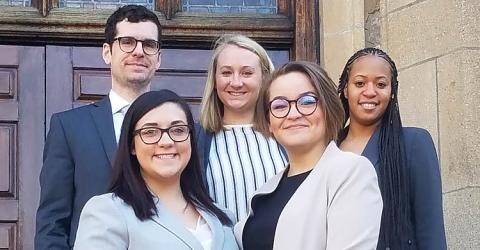 Based on its outstanding briefs and oral arguments, the CWRU team made it to the Semi-Finals, continuing its string of success in the competition which involves a fictional case before the Appeals Chamber of the International Criminal Court. In 2017, CWRU won a Best Brief Award, and in 2015 and 2016, CWRU won a Best Oralist Award at the ICC Moot Court competition. The team is coached by Professors Cassandra Robertson and Michael Benza. 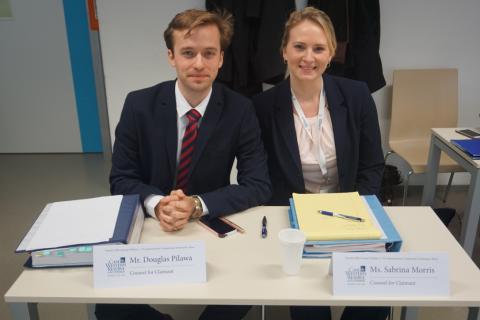 The Case Western Reserve University School of Law International Arbitration team competed in the worldwide Willem C. Vis International Commercial Arbitration Moot competition in Vienna from March 23-29, 2018. The Moot draws over 350 schools with over 1500 student-competitors to Austria's capital each year.

The team was represented by Team Captain, Douglas Pilawa (2L), Ananya Mallavarapu (3L), Sabrina Morris (2L), Teresa Azzam (1L), Daniel Kalmbach (1L), and Kathleen Burke (1L). Team Capitan Douglas Pilawa took home an individual award: Honorable Mention for Individual Oralist. This award is given to the top 4% of competitors out of the field of 1500+ students. Douglas was also one of only 6 American students to receive an Oralist award. Earning the honor once is a great accomplishment, but this is the second year in a row that Douglas has earned this award.

Earlier in the semester, the CWRU team won the Vis Pre-Moot hosted by Loyola University Chicago School of Law; Teressa Azzam was awarded the best speaker award, and Daniel Kalmbach received the second runner up for best speaker.

The Vis Team is co-coached by Professor Katy Mercer and Professor Tim Webster.