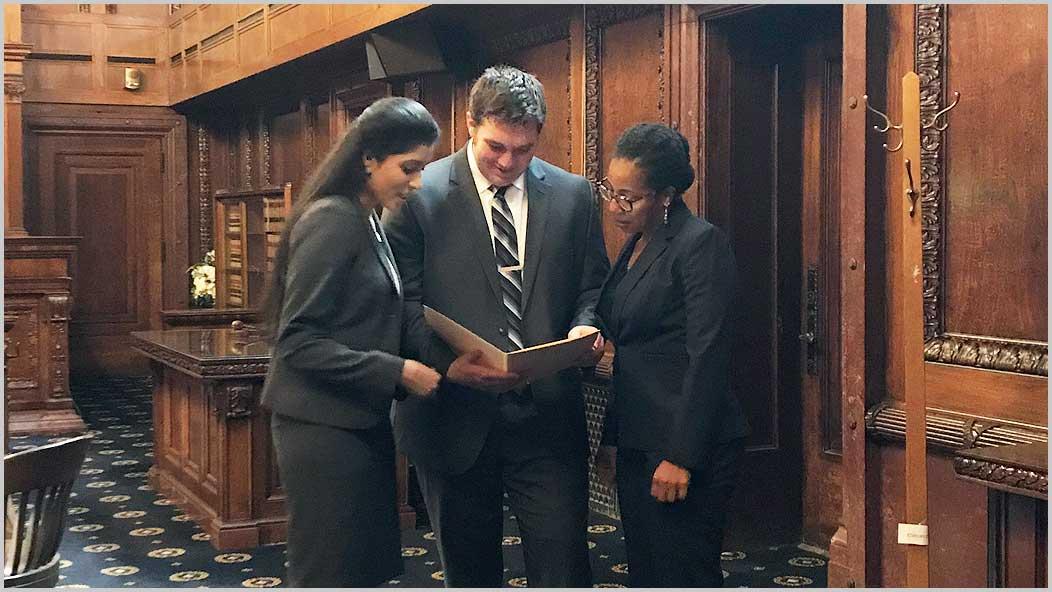 The client had been found guilty of operating a vehicle while impaired (OVI) by a jury in Cleveland Municipal Court. The law school’s position on appeal was that the trial judge made numerous errors from the motion-to-suppress stage through the trial that violated the client’s right to a fair trial.

It will likely be months before the court issues an opinion. “Regardless of the result,” says Professor Hardaway, “the client received a superb level of legal representation from the law school.”

As part of Case Western Reserve University School of Law’s capstone requirement, every student participates in one of our seven clinics or dozens of externships, which provide them a high level of law practice experience during school.