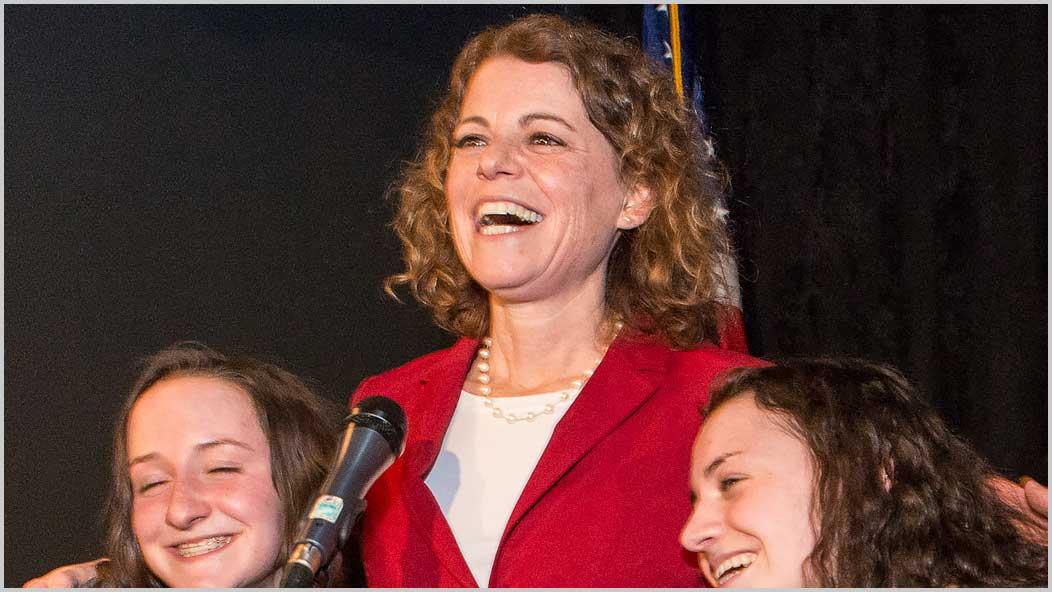 Rebecca Dallet, Class of 1994, will return to Case Western Reserve University School of Law to deliver the commencement address on Sunday, May 19.

For Dallet, CWRU Law has made a profound impact on her professional and personal life. She met her husband, Brad (also Class of 1994), at the Jewish Law Student Association picnic the day before law school started. During law school, she was Senior Editor of the Case Western Reserve Law Review and published two articles: The Danger of Commitment Based on Dangerousness, 44 CASE W. RES. L. REV. 157, 163 (1993); and Taking the Ammunition Away from the 'War on Drugs,’ 44 CASE W. RES. L. REV. 235, 242 (1993).

And after graduation, her career took off. She began with a two-year clerkship with U.S. Magistrate Judge Aaron Goodstein in the Eastern District of Wisconsin. Then she became a prosecutor in the Milwaukee County District Attorney’s Office and worked there for 11 years. During that time, she was also a special assistant U.S. attorney. In 2007, she was appointed the Presiding Court Commissioner from Milwaukee County -- the first woman to ever hold that position.

She was elected to the county circuit court in 2008, where she presided over nearly 12,000 cases during the past decade. Many involved child sexual assault, human trafficking, domestic violence and civil commitments for sex offenders.

In her spare time, from 2006 through 2009, Dallet taught law as an adjunct professor at Marquette University Law School.

Dallet most recently won a 10-year term on the Wisconsin Supreme Court on April 3, 2018. After record high voter turnout, she triumphed by a 56 to 44 percent margin.

Beyond all her remarkable professional achievements, Dallet said that being a mother of three girls, ages 16, 18 and 20, is the most important role she plays and was a prominent feature of her campaign. “I brought attention to what it takes to be a mom, and how my role as a mom has informed my understanding of the issues people face in Wisconsin. The issues we talked about—equal rights, equal protection under the law, making sure people’s rights are protected—revolve around family.”

CWRU Law Deans Jessica Berg and Michael Scharf said they are honored that Dallet accepted their invitation to speak at graduation, and the entire law school community and the Class of 2019, in particular, is eager to meet her.

“Over the years, this law school has produced some incredibly impactful federal and state judges. Justice Dallet is currently the only graduate to serve on a state Supreme Court, one of the highest judicial appointments in the land,” said Dean Berg.

“Justice Dallet is a person who exemplifies in her work the highest ideals and standards of excellence in the field of law through her public service as a prosecutor, judge and educator,” added Dean Scharf.

The law school’s diploma ceremony starts at 3 p.m. at the Maltz Performing Arts Center. Beforehand, graduates and guests are welcome to attend a luncheon and academic procession at the law school.

Read the schedule of activities planned for commencement on May 19.