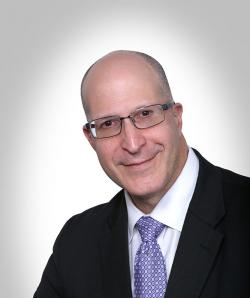 Brian Amkraut is the executive director for the Laura and Alvin Siegal Lifelong Learning Program at Case Western Reserve University. Previously, Amkraut served as Provost and Professor of Judaic Studies at Siegal College and Visiting Professor at Oberlin College and Northeastern University. His areas of expertise include 20th century Germany, Zionism & Israel, and contemporary American Jewry.

Amkraut received his B.A. from Columbia University in Chemistry; M.A. and Ph.D. from New York University in European History and Judaic Studies. His first book, titled Between Home and Homeland: Youth Aliyah from Nazi Germany, was published in 2006 and details the movement to bring Jewish teenagers from Germany to Palestine in the 1930’s. He has published articles addressing the historical relationship between technology and Jewish life and his current research explores Zionism in the age of globalization.

In his free time, Amkraut enjoys spending time with his wife and three children and searching for the elusive good bagel west of the Hudson River.