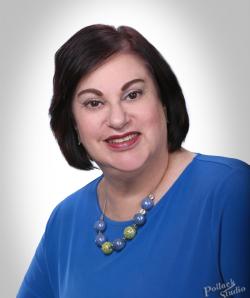 Sheryl Hirsh became a part of the Siegal Lifelong Learning team in 2012 after working with Siegal College for the previous 16 years. She serves as the Assistant Director of Jewish Lifelong Learning, helping keep things running smoothly in the Beachwood office, and can often be found in the front office greeting and chatting with our participants, many of whom she has known for ages.

Sheryl has spearheaded an annual educational series to address the opiate crisis on the local and national level and has participated in several opiate task force committees on the county, state and federal levels. She’s been featured in Cleveland Magazine and the Cleveland Jewish News, sharing her personal story of tragedy and addressing the epidemic in Cuyahoga County. In 2017, Sheryl had the honor of being chosen as one of “18 Difference Makers” by the Cleveland Jewish News.

Sheryl’s public engagements include: The Attorney General’s 2016 Law Enforcement Conference and the Columbus Medical Examiner’s office. She was a guest on WRUW-91.1 FM and was the keynote speaker at the Jewish Federation of Cleveland’s women’s philanthropy event in December 2017. Most recently Sheryl spoke to the middle school at the Mandel Jewish Day School on the importance of opioid awareness. On a personal note, Sheryl loves spending time with her family and her dog, Mallow. She has played mahj with a group of 10 women for over 20 years since moving to Cleveland in 1995. She loves ice cream and Chinese food and enjoys traveling.